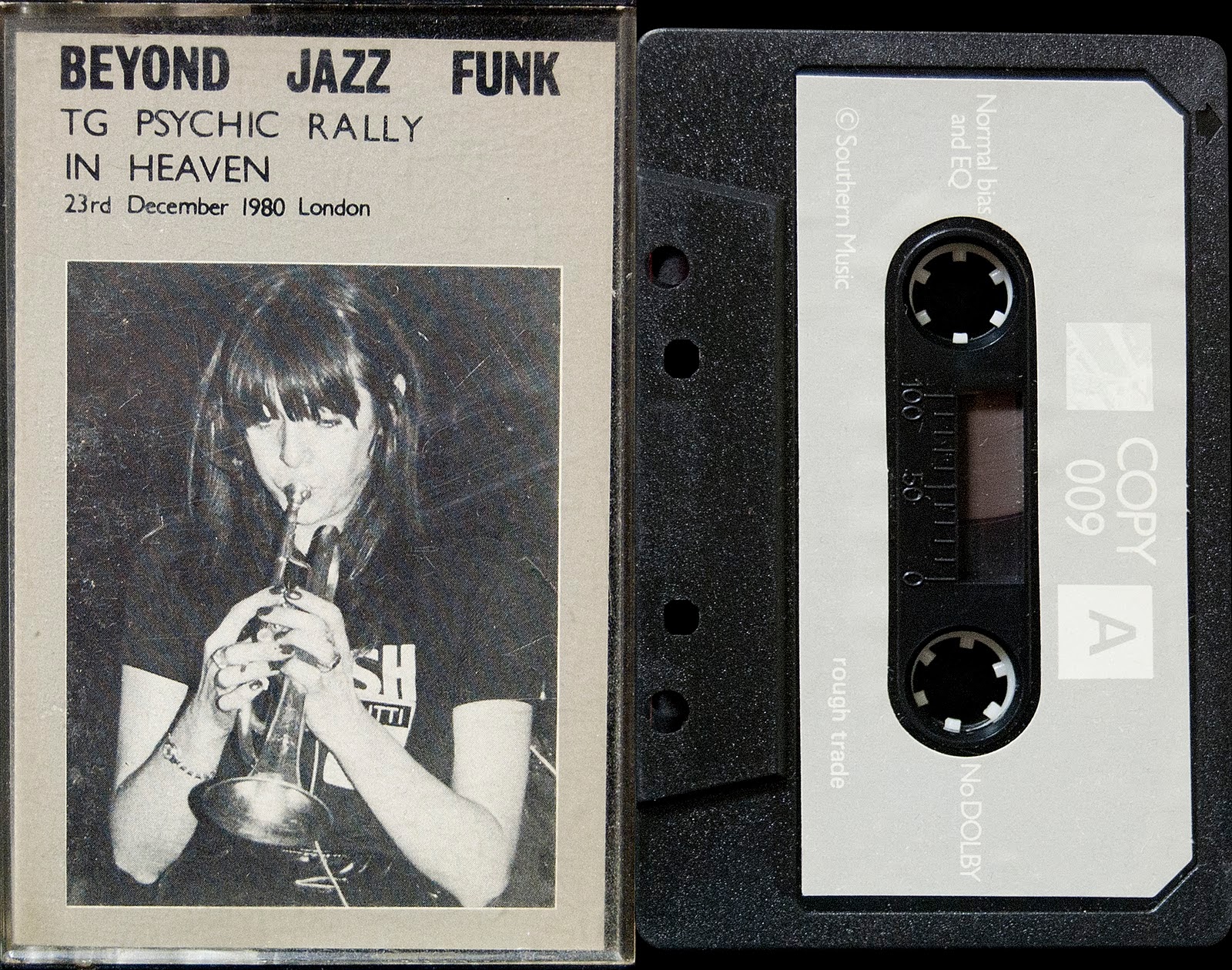 One of the last recordings of a TG performance,namely, the "TG Psychic Rally In Heaven", 23rd December 1980, London.
After Cosey had copped off with electro boffin Chris Carter and dumped Genesis, the tensions within the group were soon to force a split. Though the band were on the top of their form on this cassette.Great stuff, including an excellent version of 'Discipline' and ending with the Coronation Street Theme, what more could a budding sonic terrorist want? Not forgetting a cover which boasts a picture of Cosey blowing a horn.(Phnarr! Phnarr!)

DOWNLOAD Beyond Jazz Funk HERE!
Posted by Jonny Zchivago at 17:40