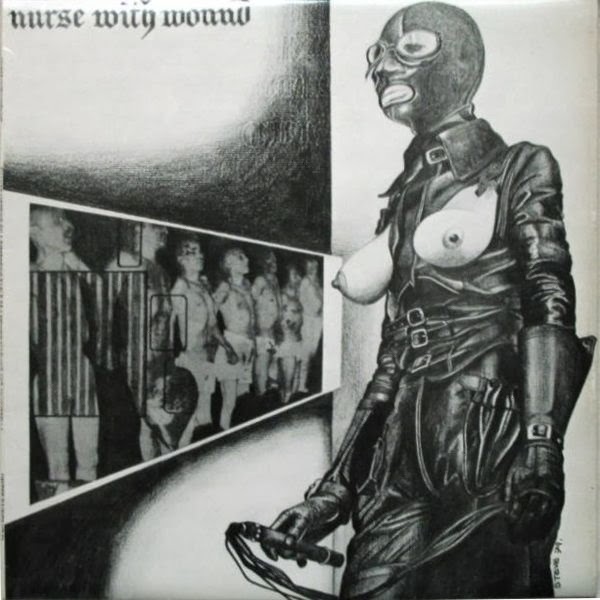 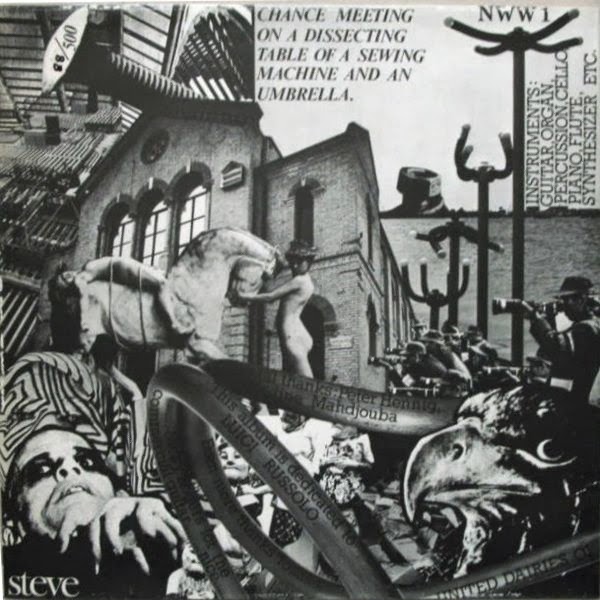 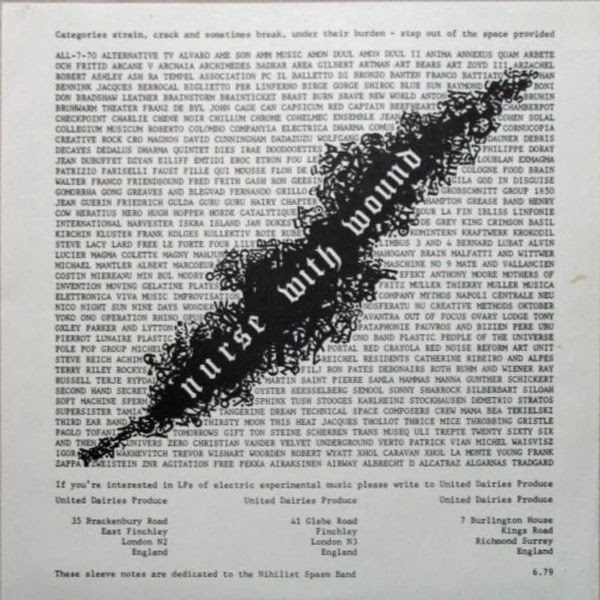 Without self released tapes and vinyl the Industrial scene would not have existed. Often dealing with unpleasant and offensive themes, it isn't everyone’s cup of tea. For example, Nurse With Wound's Début release , "Chance Meeting On A Dissecting Table Of A Sewing Machine And An Umbrella", and its artwork depicting women in various states of bondage, caused it to be banned from the Rough Trade co-operative for its politically incorrect images. Therfore it had to be distributed in other ways. Forming an alternative to the alternative!
The music is the usual tape collage of noise and found sounds, and was probably quite shocking back in 1979.Steven Stapleton was apparently offered some free studio time one weekend, and immediately called his record collecting buddies John Fothergill and Heman Pathak, persuading them to buy some instruments - none of them had played music before. The person who offered them the studio asked if he could play a little lead guitar over their "songs " and they couldn’t really refuse, hence the slightly santanaesque flourishes over huge cacophonous slabs of chaos The first release on Steven Stapleton's United Dairies label.
Have to say, the racket on these tracks do reek of a large smattering of over-cleverness; a trait that can get an artist on my Shit List, but i'll forgive them as this record, along with "Homotopy to Marie", are fine works;if this one does rather try that little bit too hard to be "weird" maaaan.
Nurse with wound are getting more famous nowadays for the "Nurse With Wound List" of "interesting" bands which was included, you would do well to check out. Read the full list here.
Don't think for one minute that Stapleton's taste is immaculate, because thaere is some absolute shite on this list as well as the great; at least PiL is on there,so that's no bad start.

(I didn't write this bit,inspired by NWW, i have cut'n'pasted it from somewhere):


"I doubt that any of Nurse With Wound realised it at the time, but the list that accompanied the first Nurse With Wound album, (and also the revised version, included with their second) has become almost like a bible for the intrepid musical adventurer. Sporting the enigmatic text: "Categories strain, crack and sometimes break, under their burden - step out of the space provided..." it has become legendary, as a reference list of revolutionary music, and a challenge to Nurse With Wound collectors around the world, who curious enough to want to hear all the music on it. Of course, this is not an easy task, as the full list nears 300 artists, and many are extremely obscure! As Steve once pointed out, some artists are listed for obvious reasons, some less-so, some are there just for one track!"

Hey check this out,the origin of the image on the sleeve is revealed: 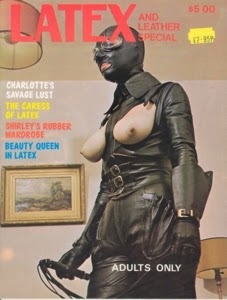 And i thought Stapleton envisioned and  drew it himself ? I'm not the only one stooping to cut'n'paste afterall?...I suppose it fits in with the NWW cut'n'paste music style.....come oooon, what did you expect?)

DOWNLOAD from the dissecting table HERE!
Posted by Jonny Zchivago at 12:29

An odd omission from the NWW list is Brigitte Fontaine, considering they used a bit from one of her albums on Insect And Individual Silenced a couple of years later.

I bought Chance Meeting when it came out, number 69 (oo-er!) of the original pressing...

Ah Yes, the great Brigitte Fontaine and Art Ensemble of Chicago album, deserves to be on any list.Very slack Mr Stapleton et pals?
Number 69 eh? Phnaar Phnaar,those naughty nurse with wounders?
Anyway, you're up next philip,its got pretty old and unispired text with it, but i'll make up for it with Manumarine.

Seems the ukulele was a bit too 'eucalyptus' on this one. However, my wife & I have used this:
http://nobodbus.blogspot.co.uk/search/label/Audio

Too much too say about NWW and the list. Clearly a lot of great artists are missing (Sonny Sharrock is the only black artist), but this is a long discussion in itself.

I'd point out that, at least according to interviews with Fothergill and Stapleton in Keenan's book England's Hidden Reverse, Rough Trade didn't actually ban the LP, just refused to display the cover, covering it in a brown paper bag. Rough Trade did distribute it to other shops uncensored, and it quickly sold out. Unlike many other proper industrial artists, Stapleton wasn't so interested in transgression or subversion, only in creating unusual juxtapositions and surreal pairings. The cover art was mainly a means of getting attention, and didn't speak to any deep or philosophical interest in transgression, unlike peers TG, Whitehouse, etc.