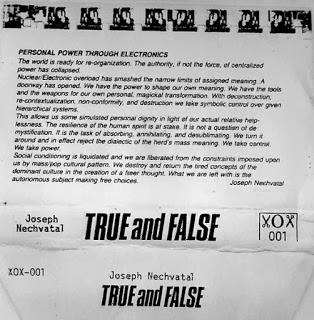 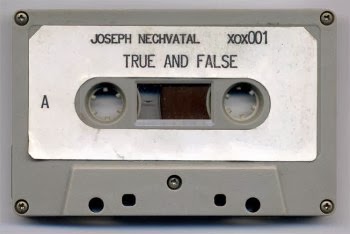 Nechvatal goes for the reorganization angle again, sifting through the dirt of the old world and making a new one. Some crap inevitably gets through, but it becomes crap as seen with a new perspective. Not even his old work escapes the treatment, as it gets blended with New Order, Eno,Miles Davis,and Ghostbusters, to create a mass culture cocktail, guaranteed both to repulse and attract. A perfect example of having to destroy to create, like a city rising from the ashes of a damn good carpet bombing.......unless that city happens to be Coventry in the UK; which needed to be bombed again after it was rebuilt. But there's no end to the deconstruction and reconstruction process.Everything is a work in progress in life's unfinished symphony. Rip it up and start again, said some half famous scottish wit (or famous scottish half-wit?),some time ago; it's time we ripped it up, liquidised it, mashed it, flushed it, swallowed it,shat it out,spread it on toast,fed it to the dog, and started again!

DOWNLOAD true and false HERE!
Posted by Jonny Zchivago at 18:59