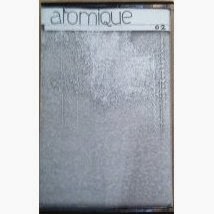 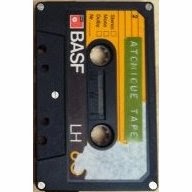 DOWNLOAD some alternative energy HERE!
Posted by Jonny Zchivago at 12:38

That picture looks very like a copy of that cassette I owned years ago...??!! Or maybe MB made a habit of trying to remove the manufacturers' labels.

Hi Philip,good to see that you've found the new site. Year Zero was wiped too,but will reappear in the new year.
It probably was your tape, there were so few of these about that it very probably is.

Me and Maurizio Bianchi exchanged some letters during the early seventies (someone could see them in my book on electronic minimalism "DreamMakers/Oneiropoioi- futura editions). I think Bianchi is one of the GODFATHERS of the proto-industrial and psych-electronic-noise realms. And, along with CONRAD SCHNITZLER, one of my favourite underground artists/heroes. Is there anyone to sell me METCPYO BOX?
Christos T.

Plugging your book eh? What a nerve!
looks good,do you want an advert on here,like the minoy book? No probs, just provide a link and consider it done.

Yes, i quite fancy putting some Kluster (with a K) on here,as I reckon they were the very first Industrial band.What say you Christos?

Yes, thank you...
Unfortunately my book is written in Greek language. But has rare photos... and a nice diy-private-avant discography too (a follower to my book on Xenakis). Anyways, my facebook page is over there (I do not want any special ad, just a communication with my old DIY-SYNTH heroes, because I am also a producer/artistic director of the small independent record company Musicbazz): https://www.facebook.com/