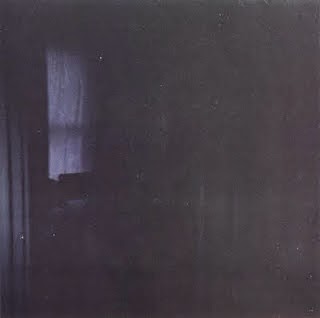 With a cover picture from the same roll of film used for "On The way";this is a fine return to the 'pure' Jandek sounds of Six and Six, the production is murky, vocals thick with reverb and the guitars plunk and strut along in a bluesy swagger.The biggest farewell to the 20th century comes with the reality-twisting-Black Hole that is the title track. A fifteen minute dirge on a new instrument....the piano — that sounds like the first thrill you got when you played a piano as a kid and you thought you could play flashy all over the keyboard like  Liberace,.....but ended up sounding more like Les Dawson,rather than Bobby Crush. Jandek actually plays the piano with the same manic gusto that he plays guitar, occasionally bashing it, occasionally finding moments of Sun Ra like beauty.The beginning from the end of the last century.

Blessings and gratitude for the spate of Jandek posts. Known about him for years but not the music. Thanks for letting me get inside the weirdness.