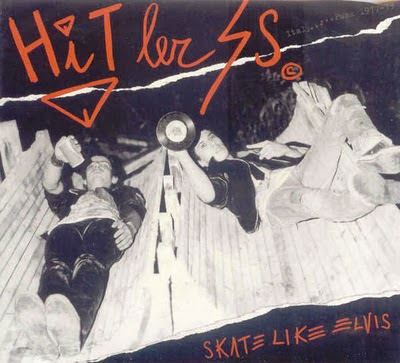 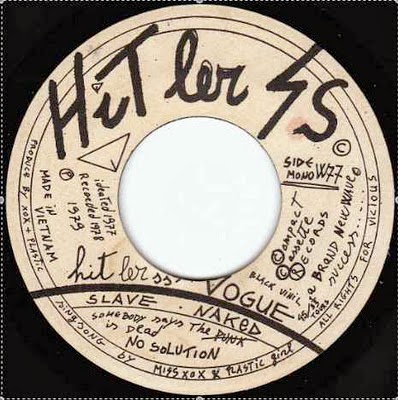 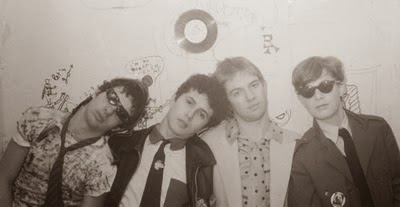 Fuck Me!.....I thought the Exploited were the stupidest 'punks' ever until I encountered this badly misinformed Italian combo. Firstly, the name; allegedly one of these idiots (probably the one that looks like Andy Worhol on the extreme right,- pun intended,- of the band photo), heard that a proto-clash band in London was called the London SS and a load of famous punky types wore swastika's, so naturally(?) you call your 'punk' rock group after the figurehead of Rascism and genocide,...yes...loveable ol' uncle Adolf, and his black clad goon squad.
I suppose Fascism isn't such a dirty word in parts of Italy, 'cus they invented it.(and Check out a certain section of Lazio football fans for proof of this).
The collection of Lo-Fi cassette recordings that make up the majority of the 2010 CD,aptly released on Hate Records of Rome, are almost laughable retarded UK punk inspired zero chord scratches, viewed through a distorted mirror under several fathoms of murky sea water. The shear uninformed wrongness of this music is a work of genius that any avant-garde musician should be aspiring to create!
Yes kids, this music is so incredibly WRONG, that it is soooooooRIGHT!....and this time I don't mean right wing.
Political incorrectness don't go half way to describing the philosophy behind these sub-intellectual challenges to ones own bigotry........come on,who smiled upon reading the title to "Spastic Dance?
Their musical ability makes the Prats sound like King Crimson, especially demonstrated on Clash inspired garbage like, "I'm in the Garage" (a moronic re-interpretation of Garageland?), and "Viva 77" (1977);also how about "Oh Shit!" (Oh Shit,Buzzcocks), "I'm So Modern" (She's So Modern,Boomtown Rats), "Queen Elizabeth" (God save The Queen anyone?); the list goes on and on. Incredible stuff this!
"Someone says the Punk is Dead" they whine, and I can't disagree,except maybe substitute "Brain Dead" for dead. But isn't this car crash punk what its all about?....I think so, don't you?
Altogether now,...."I Don't Wanna Be Your Politics"!!!! 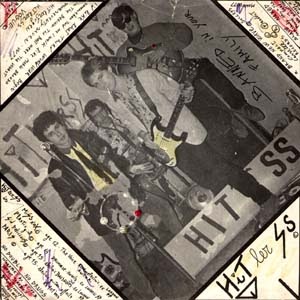 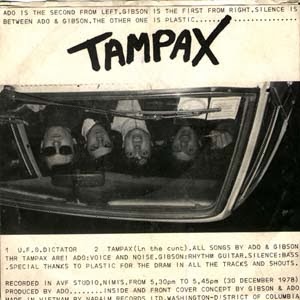 And as if it couldn't get any worse (read as better)!!...here's the other side of the Hitler SS split single with the complete morons who are/were, Tampax. 'UFO Dictator' is reasonably great, but the second track,....gulp...."Tampax(in the cunt)".......(OMG)....is an ultimate example of the kind of retarded sexuality last mentioned in Spinal Tap. Giggling in the classroom, unthink rock by repressed catholic boys who've just heard that ladies have a menstrual cycle, and....giggle....they use tampons....giggle.
This tune is probably the zenith of Stupid. Download it and appall your friends, especially if you don't want them to be your friends anymore;........unless they're the kind of lowdown pond-dwelling fuckwits that Tampax are, then they'll want to be with you forever.

DOWNLOAD this moronic bullshit genius plus the  Tampax Tracks HERE!
Posted by Jonny Zchivago at 19:48

You're a pure idiot, they were just a bunch of kids trying to have fun and shock which was very common in punk before the p.c. patrol was created. They weren't faking anything. You got bands like Crass who were a bunch of old hippies who jumped on the "punk" bandwagon only to turn sorta new wave (Penis envy) and soon after abandonning "punk" completely. They could as well be seen as fake-punk. Since you say the Satan's rats were fake because they turned power pop, the same could be said for every early hardcore bands who turned hard rock (SSD) or crossover. Are these bands seen as fake hardcore for that? Seriously, stop blogging or do something more creative than analyzing 35 years bands. Ridiculous! It's obvious you are angry and confuse. You are just one more useless moron in the world.

Fucking 'ell!?.....were you in the Band?
I'm angry and confuse(sic)???....What a Twat!
No ones saying they're fake, this is why the term Outsider Punk was invented.
Punk,nor Fake Punk really exists,its merely a subjective or objective application of an unwritten ideology.
But come on, The Hitler SS were incredibly stupid (like You), but wasn't that a prerequisite to be a "punk" anyway. Therefore you are obviously King Punk.
And Satans rats......Scheeech! Get real.