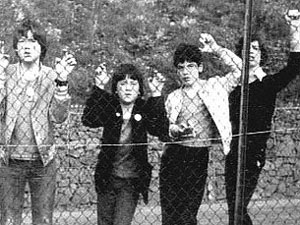 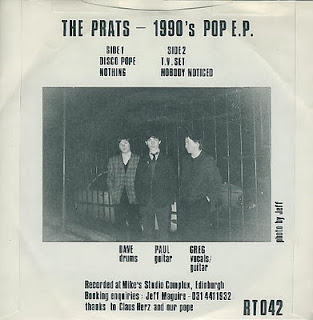 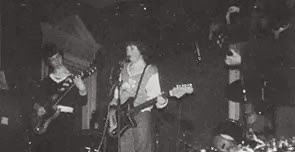 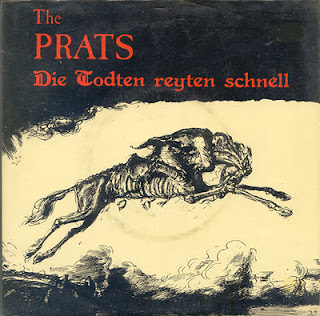 What can one add to the legend of the Prats? A flame that burnt so brightly,so briefly,for a few months between 1979 and 80,only to be destroyed by the adolescent urge to be 'sophisticated'. It's for this reason one has disgarded the A-side of the 'General Davis' single, with its horrible 'political' awareness,and cheesy moral theme.....yuk! Children shouldn't be corrupted with such shit, gimmie 'Lord of the Flies' over the young conservatives conference any day of the week.
All the hits are here, from 'Inverness' to 'Disco Pope' to that dodgy german one.It's always good to see an unhealthy obsession with german's too,they even had an unrecorded song in their live set called 'Nazi Aircraft'......Dr.Spock (the child psychologist not the Vulcan Science Officer from Star Trek,he was called Mister Spock) would be spinning in his grave.
The mythical Peel Session is included in the download, during which the late Mr Ravenscroft commented,rather prophetically; "If they are this good now,just think how good they're gonna be when they are as old as Siouxsie and the Banshees? The chances are,as often happens,they won't be as good as they are now.But,time will tell."
Well time has told,their voices broke and they became crap.How Ironic that they never managed to release any 1990's pop,as the title of their classic Rough Trade E.P made reference to,in fact they hardly made any 1980's pop.Who wanted to be in one of those 'Poxy Pop Groups' anyways?
To avoid repeating tracks I have left the Earcom 1 version of 'Prats 2' off the 'Almost Complete Prats' collection,to avoid repetition.But if you want that too,whizz over to the Earcom 1,2,and 3 post by clicking here.(coming soon,sorry)

Formed in late 1977 in Edinburgh, the band comprised the Maguire brothers - Dave (drums) and Greg (guitar and singing) Maguire, along with their bigger brother Jeff, who was the group's manager and later bass player. Youngest 12 years old and oldest 15 years old claiming The Slits and Mekons as influences.Stumbled on till as late as 1981

Wow! Hello there Greg. I love The Prats, you should be proud to have been part of the legend. Good to hear from you. JZ

Hide your boner Jonny you're scaring the kids! ☻