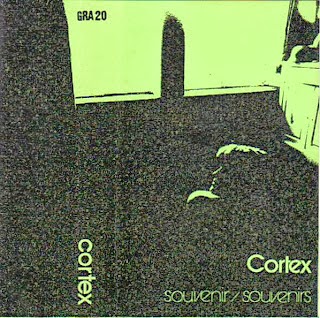 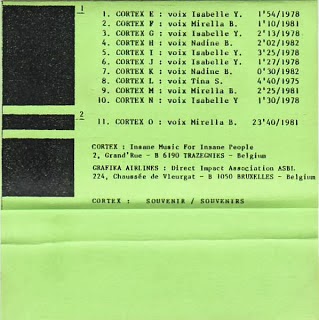 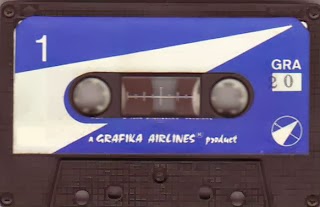 Another classic from superb Belgian label Grafika Airlines.
Basically it`s Alain Neffe, of Bene Gesserit and the Insane Music cassette label fame, with various sultry voiced female francophones, recorded from an astonishingly early 1975 to 1982.
Minimal is the word, and reminds one of the two Kluster albums from 1970/71.
A stark one tone electronic backing, fronted by  part narrated/ part sung, dialogue provided by the various girlies listed on the inlay card above.
Those Belgians sure know the meaning of the mantra: "Its not what you put in , its what you leave out".
And Cortex certainly left out a lot on this proto-Minimalist relic of a future that never happened.

DOWNLOAD the offending Cortex HERE!
Posted by Jonny Zchivago at 18:39