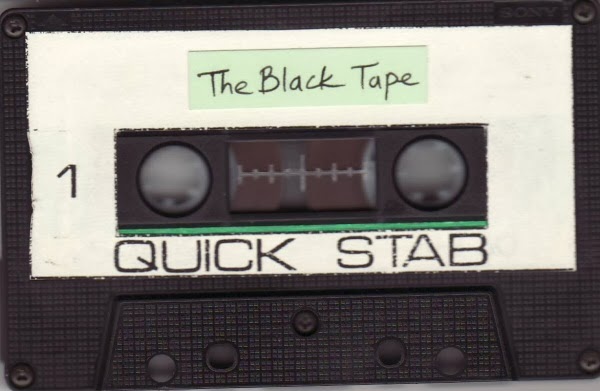 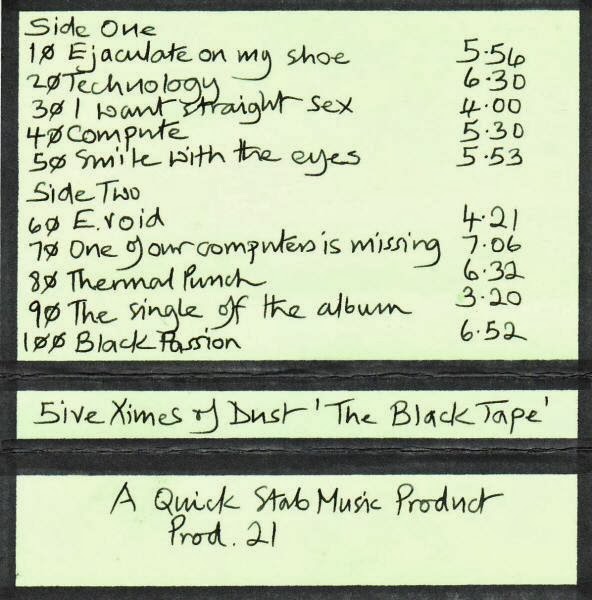 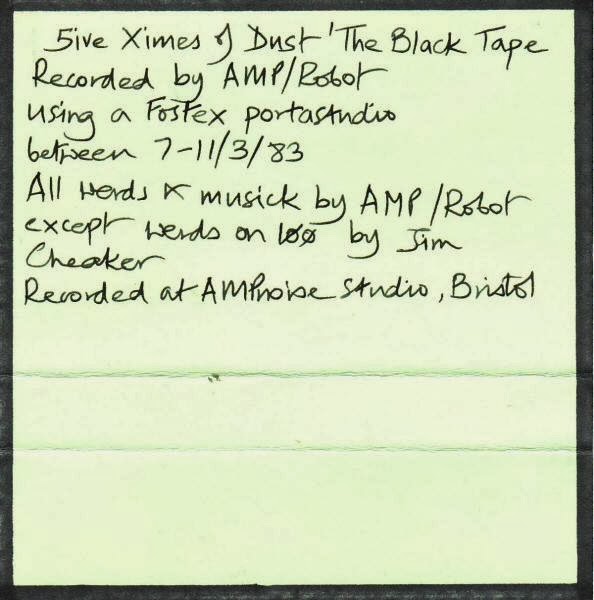 This is weird, like an electronic fossil dug up by a barely functioning planet rover from an outdated deep space probe.
After decades buried in Alien soil, the tape has degraded nicely to finish off this work of art beautifully. The fuzzy fluffy tape wobble is the icing on this solid state gateau, with layers of sweet analogue jam between soft transistorized sponge.Signals beamed through light years of gently vibrating dark matter to reach your starving lug holes.
If there's a sequencer involved here, it has to be a C64,a Spectrum ZX, or Atari ST?
I still own and use an Atari ST for my own computer compositions; it has NEVER crashed in 30 years of use, unlike my numerous Bill gates products.Even with its massive 4 megabyte memory!

n.b. These are the geezers behind the magnificent "Dada Computer", otherwise known as 5XOD.
We definitely are not worthy!

DOWNLOAD this black mp3 HERE!
Posted by Jonny Zchivago at 10:49

There am I checking out the posts on an obscure Russian group on the VK site and this tape comes up! All roads lead to DIEORDIY2 I guess!

I had no idea the guys behind the damned wonderful Dadacomputer tape also recorded other material - it is truly amazing to think something recorded on so-called "primitive" equipment could blow away 99% of the electronic music currently been released, some thirty-odd years later.

Many thanks as always for the continuing education - damn, I wish now I had kept all the tapes I used to buy from the back of the NME for a quid or fifty pence back in the early eighties (my paper round money used to run to them and Crass singles!).- I could retire on the prices they seem to fetch now days!

I think i posted my reply to this on another Robert lawrence post (the dead imagine tape i reckon).That sums up my theory on why todays kids make shit music....basically Freedom OF choice vrs Freedom FROM choice......also they've been assimilated by decades of propaganda from our permanent governers.