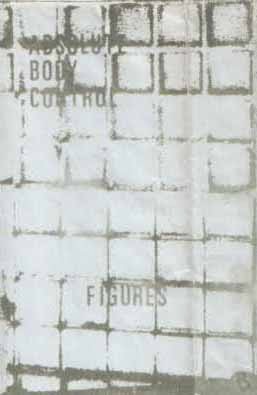 This is the third cassette release by ABC, and is probably their best album.A welcome return to form after the instrumental "Numbers" album(which I’ll post next).Another selection of minimal analogue sine wave smoothness, and warmth. Really is a great advert for leaving things out rather than putting things in. This wouldn't be so easy to do once the evil spectre of MIDI loomed in 1984, tempting all decent electronic groups/duo's to pile as much sound into three minutes as possible.......bloody awful musical claustrophobia.
Another argument for restricting access to too much equipment for the sake of creativity. One synth,one drum machine, one voice = Perfection, like a rock power trio. Raw ,simple power.

DOWNLOAD other figures HERE!
Posted by Jonny Zchivago at 14:00

Ta, I've been looking for this one for ages. :)

At your service sir.

i love these guys thanks

OMG! Thank you soooooooooooo much for posting these! They're otherwise totally unavailable or $50+ per cassette. You're doing the music community an incredible favor. Cheers!

tHANK YOU pROF mOUTON.
I'm pleased you see it my way.
I'm often called a thief????
Since when is sharing art theft?
Indeed, do not pay ,in fact $100 and counting, for this music.Most of it was given away, or non profit, back in the day.