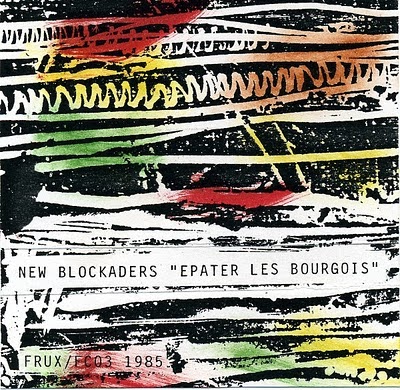 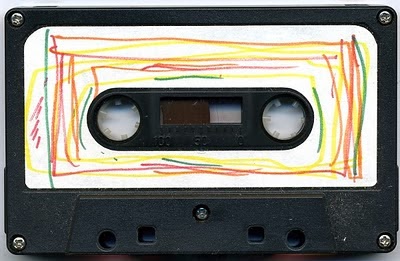 The original review of this tape was going to be:
" (_______________) "
....which adequately encapsulates this non-musical concept nicely;but....I will expand.
If you listen to this collection of tape hiss for longer than ten seconds, then you are beyond pretentious,and beyond help......and probably Middle Class/bourgeois; hence the title of this exploration of 'nothingness', 'Epater les Bourgeois'. When translated into English it means "To impress the Middle Classes', which is the semi-serious 'joke' behind this release.
Recorded silence,or recorded ambience to be more accurate, has been done before,John Cage being foremost in my mind; but to me this represents a more meaningful portrayal of nothing,whilst at the same time asks questions about ourselves, ie...are we pretentious dick'eads?.
I am hoping this is what the New Blockaders were trying to put across?...... If not, then they too are pretentious dick'eads of the n'th degree,and deserve to be locked in a room with Dave Stewart,late of the Eurythmics, for ALLLLLL eternity!
As they said on their release with Organum:

"Nothing is now the conceptual opposite of what truly and authentically IS."

Amuse your friends ,if you have any, and download this piece of Nihilist Hiss-tory (geddit?) below.

DOWNLOAD AND IMPRESS YOUR MIDDLE CLASS FRIENDS HERE!
Posted by Jonny Zchivago at 15:41

were you a salesman in a former life?

I suppose I am some kind of salesman,but without taking any money.A sort of Giveawaysman. This is the future.

Would you consider putting up The Melancholy Mad Tenant, their collaboration with Coil and Vortex Campaign?

is this a request George?.....I do have this,and i'll post it if you don't have it already?

I would like to hear it, that is if you think it's worth posting...

On second thoughts I think I'll be all right, I listened to some clips on youtube and I it's not my cup of tea.

did you buy it???? I released it...mark lally frux

I did buy a copy from a record fayre for £1.50 in the nineties. Kudos for releasing something like this.