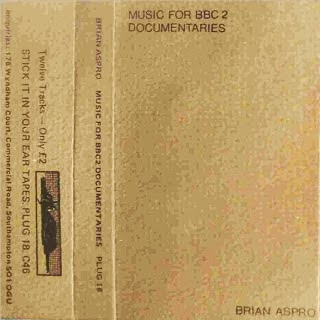 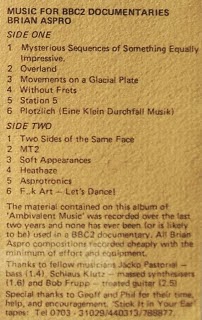 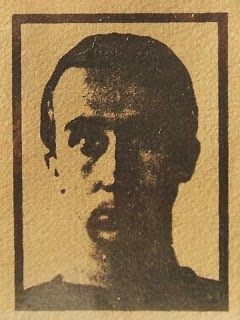 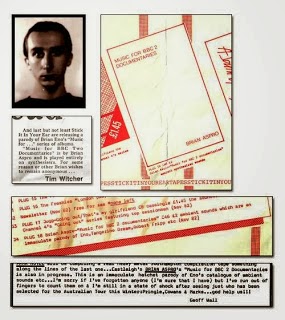 Eno piss take part two?:what we have here is the most icy sterilised pastiche ever made. This is supposed to be a tongue in cheek send up of Brian Eno and his ambient series of records, but it sounds virtually nothing like those landmark albums. It does remind one of the BBC Radiophonic Workshop around the late seventies, lots of Integrated Circuit Records albums, and an awful lot like (one of my very favourite synth bands) The Sea of Wires.Brian Eno, got up peoples noses because he didn't seem to be able to play any instrument,or write nice tunes. This ear marks the man as a near genius in my book, and worthy of said title merely for the word "Non-Musician". There are no oblique strategies cards at play here, but the music is analogue synth heaven,and the "Joke" is so subtle that its almost non-existent; which is a good thing,'cus comedy and music very rarely sleep comfortably in the same bed; unless unintentionally of course. Check out "Anyone Can Be Eno" from earlier in this blog,for another Eno Piss take.

I also love Sea Of Wires
and the German label Vinyl On Demand is releasing a Sea Of Wires lp(!) this spring!

thanks for your blog

Vinyl on Demand is releasing everything!!!!!!