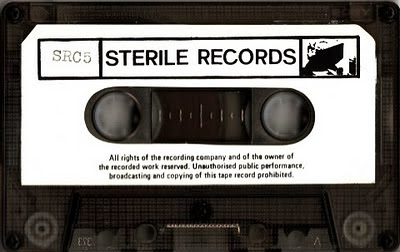 Nocturnal Emissions, slang for farting in bed is it not(actually its a scientific term for a 'Wet Dream')? Wrong, its a second generation Industrial group from the uk, active from about 1980 to the present day. Formed by Nigel Ayers and Caroline K (RIP), they were part of the cassette culture of the early eighties via their own label, Sterile Records. The early part of which one has posted here. This period was, in my opinion, Nocturnal Emissions finest moments. Lots of lo-fi distorted tape loops and crude electronics, heavily influenced,obviously,by Throbbing Gristle and Industrial Culture; based on the standard themes of Mind Control, information overload,and other Borroughsian concepts.
Industrial Music was and is theee most easy musick to create for those with no musical skill whatsoever. A couple of tape recorders,and a crap synthesizer and you're up and running.Its also pretty difficult not to make it sound good either, which is demonstrated admirably on these five releases on Sterile from 1980 to 1983. After which,Caroline K left,leaving the project as solely a Nigel Ayers solo vehicle,which continues to this very day.
Probably the best of their early works has to be "Drowning in a sea of Bliss", but they are all prime examples of how to play great non-rock music without any chords whatsoever- this is what punk rock should have sounded like from day zero. 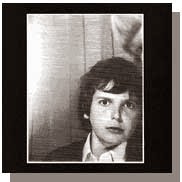 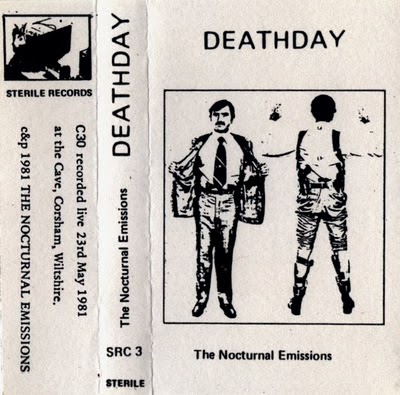 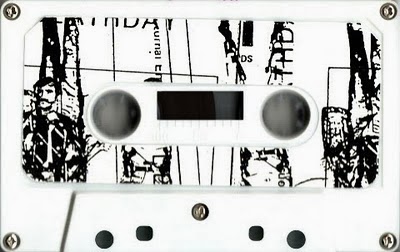 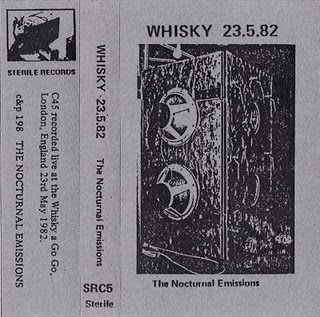 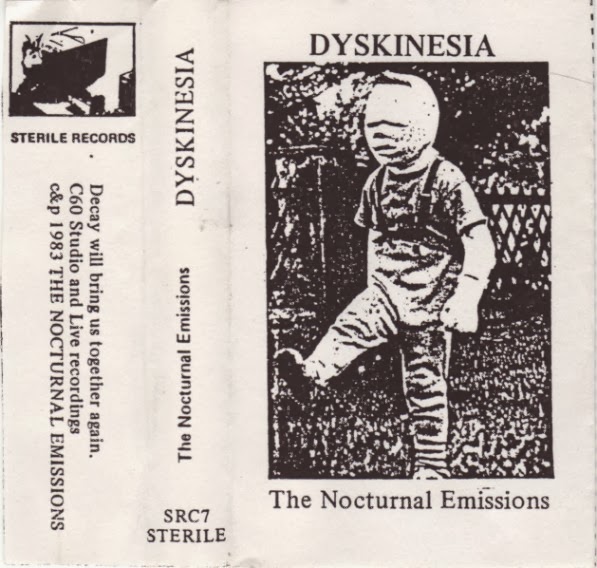 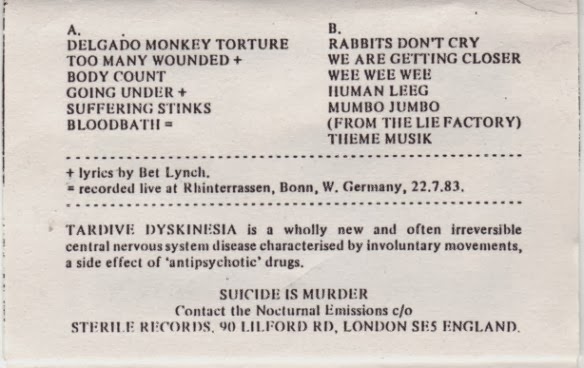 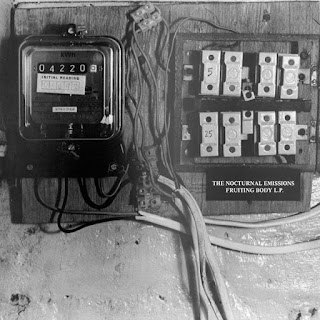 
DOWNLOAD a fruity body HERE!
Posted by Jonny Zchivago at 09:16

There seems to be only the Spliced side in the Befehlsnotstand file. Great stuff! Thank you!

the bloody spliced side only!!!??? I suppose i'll look into it. Jeeeesus!

You're too good to us, really you are. *smooch*

Really enjoying this, and would also appreciate if the missing Segued side of Befehlnotstand is available. Thanks Mr Z.

Sorry Bill, I've fucked up. No segued side to be found! I'll try and obtain it though.
But i do have "Live at the Ritz 1983, I may insert that into this post.

Ah well, there's so much here to enjoy it's maybe a bit greedy to be wanting even more. :)

Ooooh, I seem to be too late to grab most of these now.... I actually have some of their albums on vinyl from back in the day, including "Drowning In A Sea Of Bliss" (and "Befehlsnotstand", as well); but, I'm not quite equipped to play records in my living space, at the moment!! I really should do something about that, I know.

Admittedly, I've drifted away from much of my old music, yet it still holds a certain fascination for me.... Some of these things seem so wildly off-kilter, but still instantly classic at the same time! There's really not much that is comparable to it, these days -- less and less as time goes on, it seems?! {There exists only one major exception for me now, when it comes to modern-day music scenes that I genuinely want to follow.... which is music from Japan!}

Fear not Medalon,for I will re-up these later today.

An extra one, too.... cool! Thanks!! The first track off that one ("Smear Campaign") is actually the very first thing that I ever heard from this group -- from the amazing "Rising From The Red Sand, Volume One & Two" double-tape compilation (from Third Mind Records), which was my initial introduction to many of these types of recording artists.... a real eye-opener, for sure! {Or, should that be "ear-opener"???}

Anyway, I look forward to checking more of these out, now!!

Theres another Nocturnal Emissions tape on here too, which i'm sure you've checked out...live at Ritzy's i think. Just click on the name tag. Also may I point out an up and coming article in Record Collector magazine, where your's truly is interviewed on Industrial Music/culture.

Yes, I visited the Ritzy's post too, just before I checked this one out -- thanks again!!

And I'll have to keep an eye out for that magazine, at the newsstand down the street from me.... I'm pretty sure they carry it there, quite regularly. Should be interesting....!

my family just confirmed that i will be lost in the next few months drowning in these of bliss.
cant stand the state of music these days
thanks a million.

Indeed Unknown Family man.....music now is just lowest common denominator entertainment.Dumbed down to the n-th degree.Everyones got nice shiney equipments and want to be 'liked'.Inteligent/creative music en masse died around 1988-ish.....it does still exist...but ONLY on the internet,and in selective live venues across the globe.