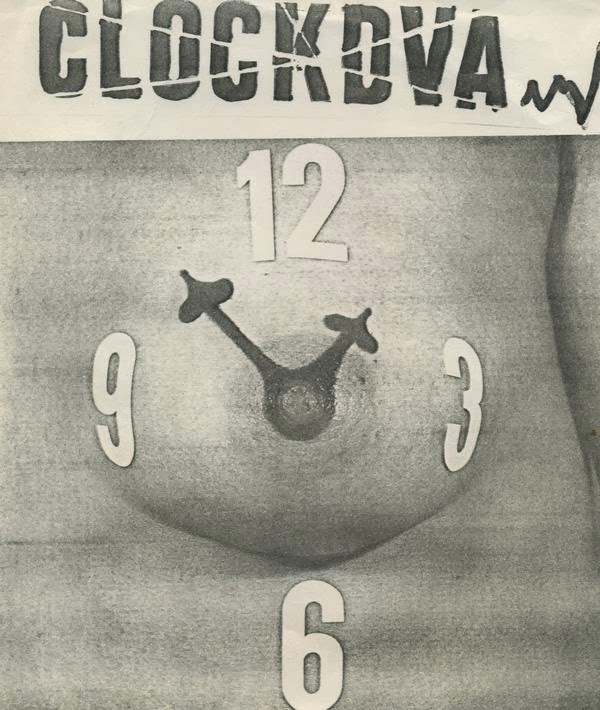 This was apparently the first Tape made by Adi Newton/Clock DVA,although never really released as such.
The music concrete/non-music, behind this rather limp looking breast clock (not at all sexist?), consists of the audio soundtrack of video nasty/schlock Horror classic,"The Texas Chainsaw Massacre",chopped up and fed back to us as an avant garde sound collage.
This is the kind of stuff one made back in the late seventies when you couldn't afford any instruments like proper Punk Rock groups,so you tried to do a W.S.Burrroughs tape experiment. I remember doing something similar with the soundtrack to "This Island Earth" which gave me many a self-indulgent thrill, and thats where it should stay. Maybe why this was a private release only.
Having said that, there is a strange quality about a disembodied audio track removed from its normal environment, and forced to stand on its own; independent of the images that give it some sense.
I've spent many sad hours listening to the audio track of "Plan Nine from Outer Space" and the Star Trek episode with the space hippies in it; "The Way to Eden".
(ps, if anyone’s interested I have all the Songs from that episode digitally remastered and ready to share? Click HERE to own them,do you reach me Herbert?). 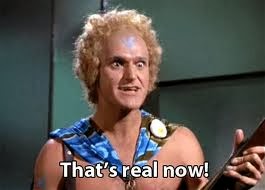 And it really is a kind of cheap avant garde experience that is quite transcendental,almost drug like:
(pps, "Faster Pussycat Kill Kill!" is pretty good too!)

"Pass me the Night Nurse Susan!"

The final piece in the cDVA jigsaw! I've been waiting for a long time to hear this (I dread to think HOW long frankly...), many thanks for sharing it me duck. :)

I'd go for the Star Trek. I had the audio of an episode on a cassette when I was about 9 or 10 and I must've listened to it 100 times. It was a great pleasure, a flight of imagination for a young mind. Even better without the pictures.

Wow! Which episode was that?
I'll upload the Space Hippie Tunes later,and provide a link in the word(s) STAR TREK.

This extract from Chain saw massacre was used as an intro tape only for a few live performance and may have been used as a pre opening track on an early very limited cassette release and as such is only meant in that context, no separate tape with this cover and just featuring this recording was ever put out through Dvation or Clockdva so must have been made independently,I mention this just for the record ….Adi Newton for DVA

Thanks for the info Adi; we are not worthy!

great post, however ubuntu is no longer available, can you upload somewhere else? thanks!

hi, its no longer on Ubuntu! Now on google drive. Maybe refresh your browser?
Same goes for Years on earth.

hi, its no longer on Ubuntu! Now on google drive. Maybe refresh your browser?

Hello, further to Adi’s comments, it looks to me like the ‘cover’ image has been ‘borrowed’ from a promo. poster I put together whilst I was in ClockDVA 1978/9.
S.Elliott-Kemp

So, it all went downhill after you left then simon?
Thanks for the info.

What a cunt sometimes Jonny. I saw Wire, DIJ & ClockDVA all for the first time this year. Really excited for all three but only one show was actually decent. The other two were boring as shit with a set list to match. Only ones more bored were the bands themselves it seemed. I will leave it at that. As a pretentious pissant holding up a wet matchbook... I am immolated!

When will you ever learn? Never go and see reformed versions of original line-ups etc.....Although Wire reckon they never split up,they did....after 154.The reformed version lost whatever made them great....now its just for the pension pot. Clock DVA have been shit since 1980 at least. Keep your hard earned cash in your pocket.......most concerts bore the shit out of me anyway.

My older brother used to record the audio (pre video age!) of star trek (dubbed in german)on cassette and we were listening to these recordings again and again. Interesting to find out after forty years that there were other kids who enjoyed doing the same. Without visuals the isolated audio sometimes have a really spooky atmosphere. So lame episodes could improve without images, haha. Probably our first psychedelic experience in childhood? Being a musician our father couldn´t stand music at home (especially anything popular except jazz maybe)so the only music we were listening to until teenage was in fact soundtracks of Scifi and crime shows and movies because that was the stuff we liked most. Still love those old movies like "this island earth", Quatermass, "Forbidden Planet", etc.

"The Way To Eden" is crap, definetly an exception to what I just suggested.

The way to eden is...Crap????!!!! Its a classic testament to the misunderstanding of youth movements, especially by the writers who had no clue that they would be laughed at for generations to come.

Glad to see that we weren't alone in listening to movie audio only....this is what opened my ears to Cabaret Voltaire and Throbbing Gristle when everyone else thought they were shite. William Burroughs cut-up tape experiments just seemed normal stuff when i first heard them. The dialogue and accompanying sounds are like an avant garde symphony to these ears.
The soundtrack to the Forbidden Planet is, of course rightly recognised as proto-Avant electronica,before the BBC Radiophonic Workshop and before Stockhausen.

You are probably right with your interpretation of this episode. But it still is not entertaining. Nothing like "the cage" or the one with Spock in a mating mood for example. As a teenager I thought we had been hopeless nerds listening to audio alone. I never thought of a connection between these audio recordings and classic Industrial until I heard about this classic "sample" by the cabs been taken from an Outer Limit episode. The soundtrack to Forbidden Planet is totally unique, outstanding. what I love about the average cheapo sci fi from the fifties is the unrestrained use of organs to create weird atmosphere and sound effects. That is what later made me like various kinds of electronic music rather than ...urgh.. rock. Hmm, thinking about it I probably was a nerd...

By the way thanks a lot for your always highly entertaining and enriching comments, Mr Z!