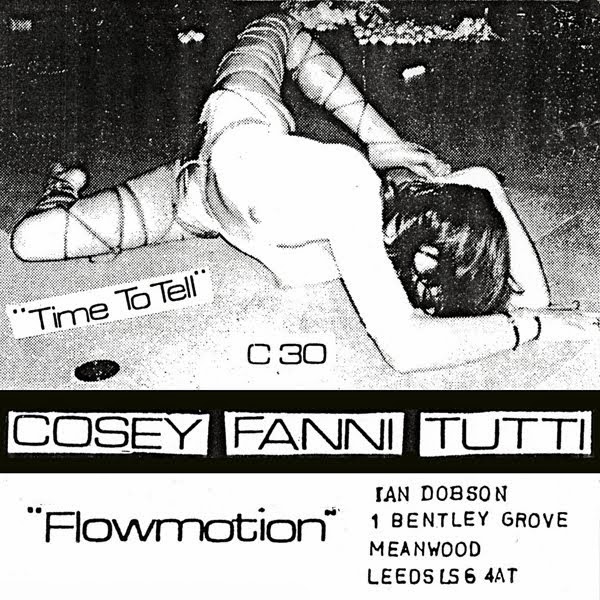 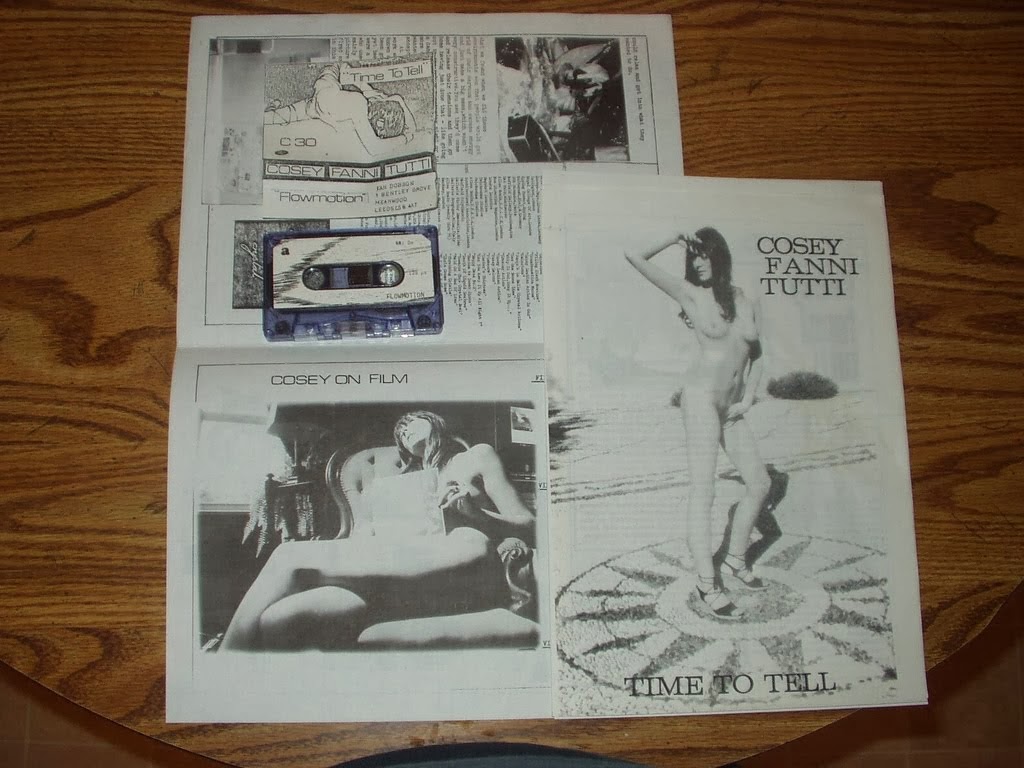 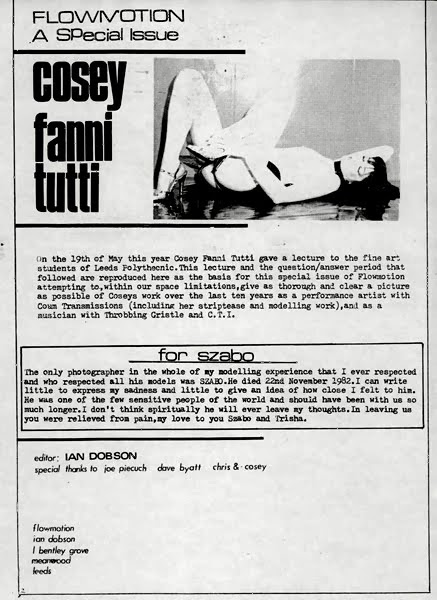 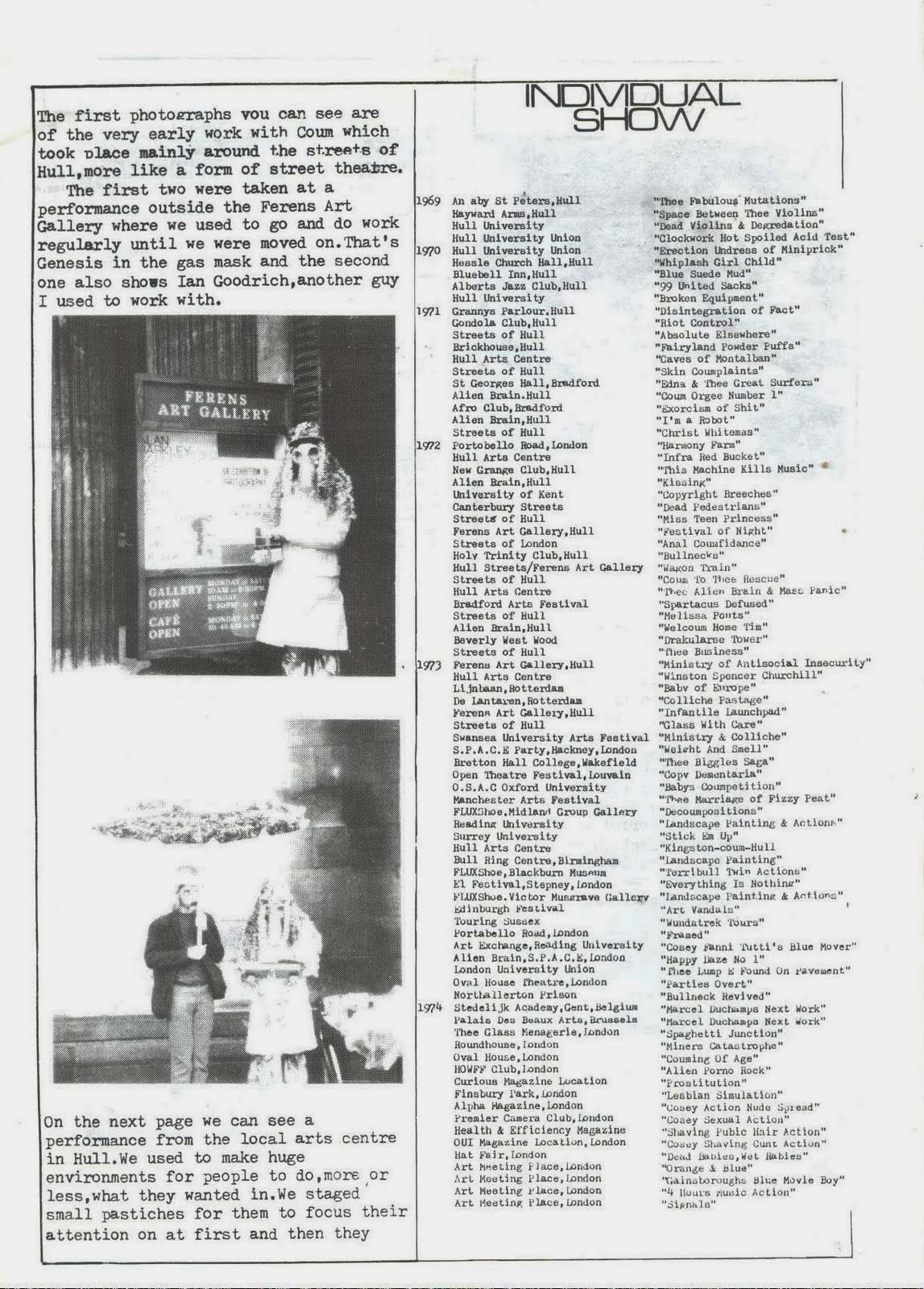 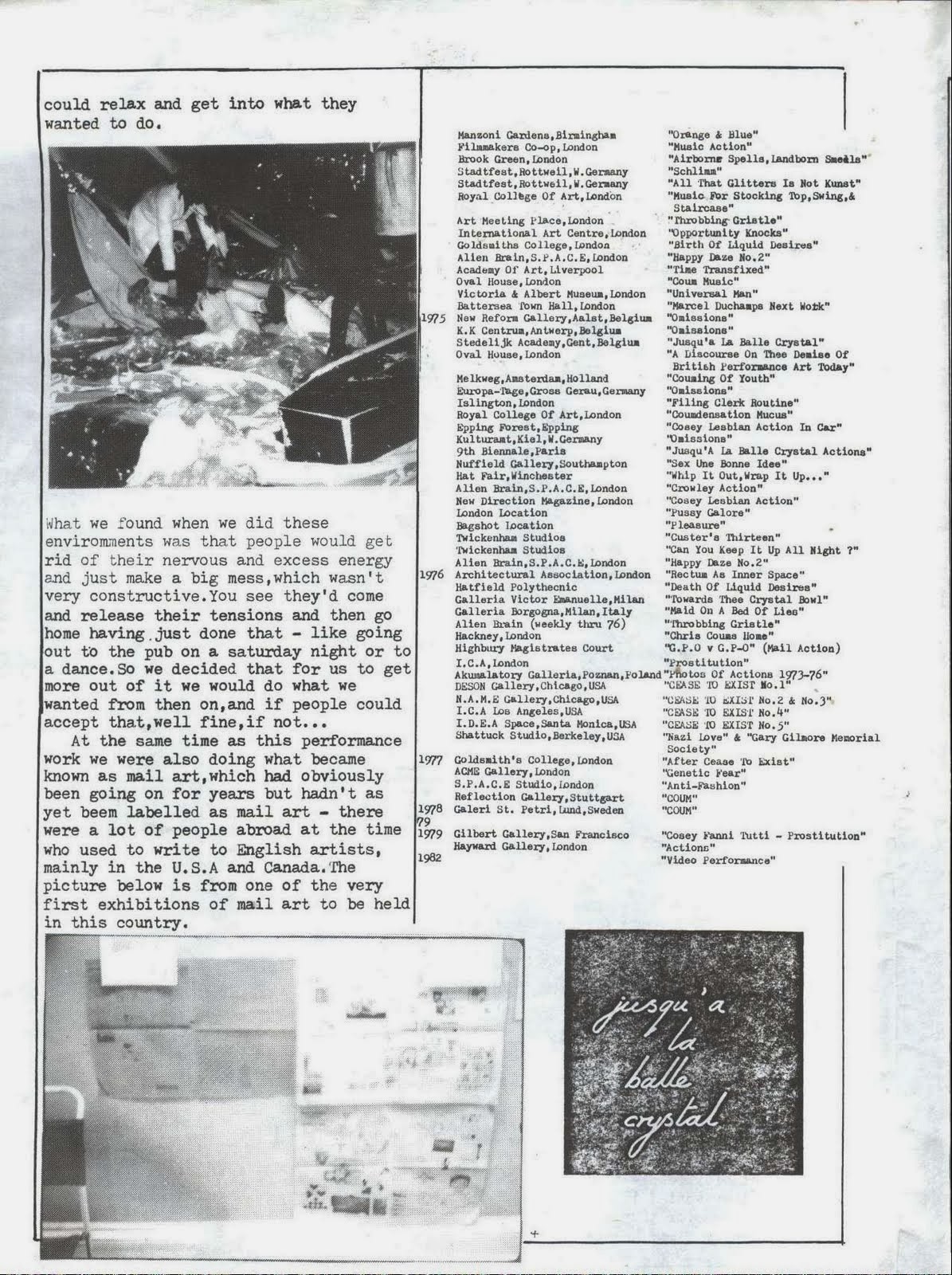 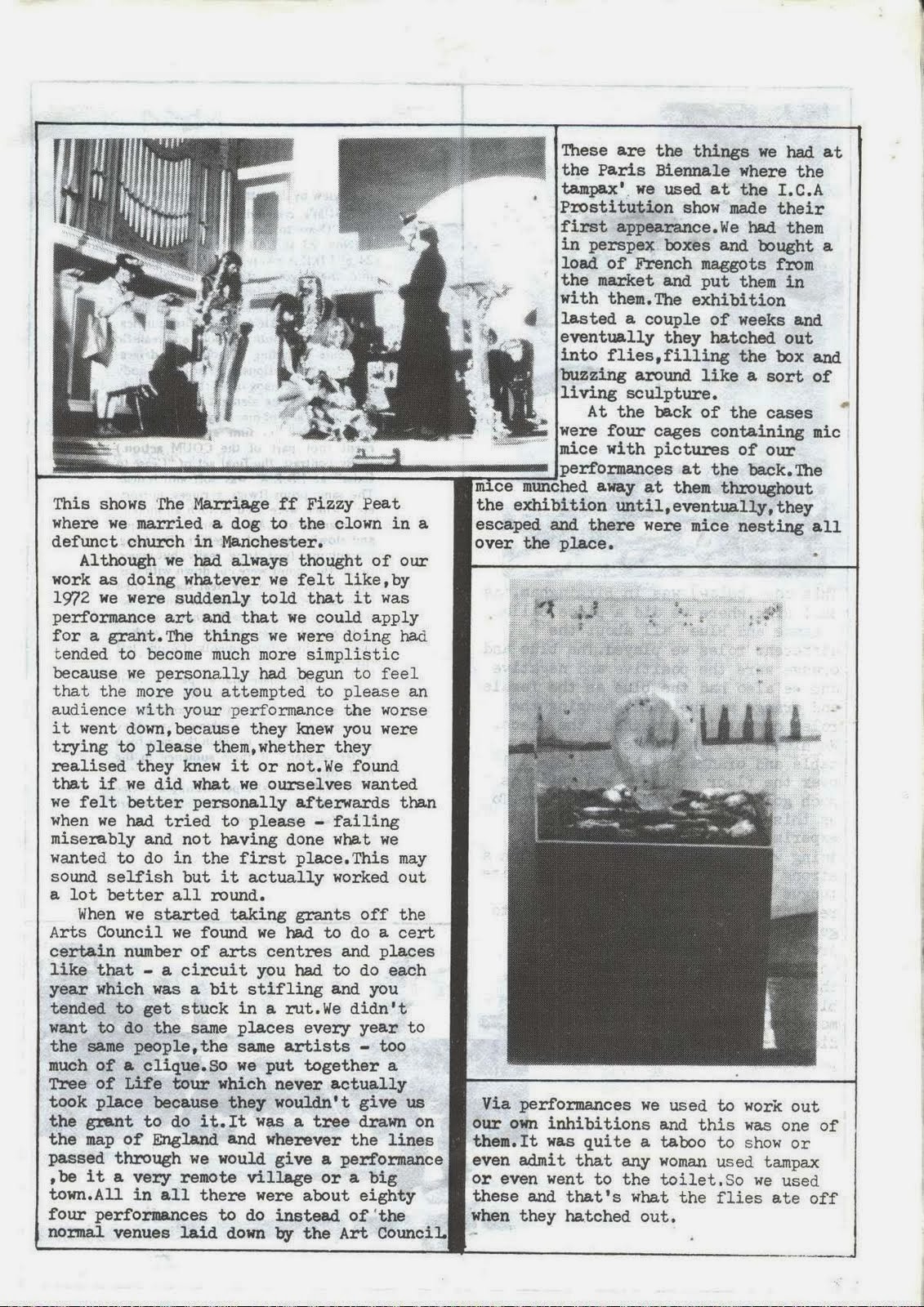 A Special release on the Flowmotion label.
A one-sided C60 with a newspaper magazine featuring articles, readings and interviews on Cosey Fanni Tutti, Throbbing Gristle and CTI.
Cosey's first solo release, a foray into early dark ambient territory,with sultry spoken word passages.Good for flotation tank dwellers.
And as normal with Industrial genre releases, there's plenty of multi-media content to entertain.Especially lovely is the full length shot of the Industrial Queen herself, bedecked only in a pair of wedgey sandals.
This is far more wholesome soft-porn than the relentless Sexual Propaganda we see today from the likes of Miley Cyrus and Rihanna; or should I say the shape-shifting reptilian hybrid psychopaths behind them. Brain washing our children to be lazy sex obsessed obese morons directly attached to a Sony PS3 or X-Box by the cerebral cortex.
The soft porn here is more likely a statement of these facts,and also that a woman can retain her sensuality and be clever?
It also doesn't harm the sales figures either,but hopefully that is a byproduct.
Basically it satirizes the exploitation of both men and women by the media.

Bonus Track "Time To Tell" (from the cd reissue)

DOWNLOAD some Cosey Fanni HERE!
Posted by Jonny Zchivago at 09:20

Time to Smell: a haiku review

Reissued? For real?
Begs the question, does sex sell?
Apparently so!

CFT is beyond sexism. She's a progressive, an exploiter of sexists.

The music is superb stuff as well - easily the equal of anything by TG themselves.
Now off the get the Chris Carter.

I know this is a great release!
I have one. When I saw them in person in of all places, Norman, Oklahoma, (!!) I asked Cosey if I could hug her. I had taken some stuff, to enhance my listening experience. She politely declined. But it was a special show, in a small venue, with less than 50 (?!) in attendance. 1986 ?

A town called Norman???
Q/How do you frighten a Brit? Ask if you A/can hug him or her.

Was this a solo show, or Chris and Cosey?

I don't know if it's possible, but anyone holds the lyrics of this tape?

Strictly soft core actually. Although she was often seen with genisis's knob in her mingle in the name of shock-art.
Cheap whore she may be in your world but she was in throbbing gristle and you were not.

Wow! I am so pleased to have found this. Back in the 80s I edited a fanzine in Hull called Kindred Spirit and Chris and Cosey were one of the bands we featured. In the article published in my fanzine there is a reference to the Time to Tell cassette and magazine, which comes highly recommended. Fast forward 34 years and I have set up a blog where I am slowly but surely publishing much of the contents of my fanzines online. The most recent addition is the Chris and Cosey feature. https://kindredspiritfanzine.blogspot.com/2018/06/chris-and-cosey-feature-february-1984.html I have included a link back to your blog too as I'm sure my readers will be interested in it. :)

Many thanks Jill.
Your Fanzine archive is an interesting read....keep up the good work.
ps...to your knowledge,was there one of those local band compilations released in Hull around 1980?.....i'm doing a series of local band comps on the blog soon and Hull is a significant absentee.

Thanks Johnny. There was a compilation tape released in 1984 on Zeiga Recordings called the Twilight Zone, which featured 16 Hull bands, one of which was a very early Housemartins track. The guy whose record label it was was the lead singer of a band called Les Zeiga Fleurs, who we featured several times in my fanzine, along with some of the others included on the tape. Here is a link which you might find interesting http://www.hullmusicarchive.co.uk/various-artists-the-twilight-zone/ and if you need any more info I would be more than happy to help out.

Norman, OK. A Chris and Cosey show. Sat on the floor and watched, within 15 feet of artists; no stage. Great show.

Is this a rip of the original cassette or the CD reissue?