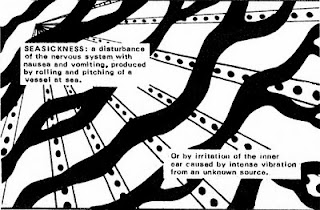 This one from my misty past. I remember posting my blank cassette to the address in sounds DIY corner and receiving this bubbly electronic miesterwerk in return.Coventry, England, synthesizer duo The Sea of Wires were another shadowy outfit from the electronic Dark Ages, those very early 1980s, just as synths started to get smaller and more affordable. Releasing just a few self-released tapes and making a few compilation appearances, they mostly relied on beat-free sequencer pulses with something of a Kraut influence, plus the occasional nod to the past glories of the Radiophonic Workshop. Since this tape is SOW #2, one rather suspects that it had a predecessor(it did, "Diversions"which you can download here!), but information about them is beyond scarce. A few years later and they’d have been on ICR  one suspects, and more widely known and loved. Anyway, enjoy this one at least.
INFO TIME:
(I have been informed that Vinyl on Demand are preparing a Sea of Wires Box set for release soon!?)

A1. Invincible
A2. Seascape
A3. Is the New Man Human
A4. Return of the Captain
B1. Robot Dance
B2. An Endless Rainy Day
B3. Breathing
B4. Viking
New re-Re-Upped MEDIAFIRE fuck the fbi and mediafire DOWNLOAD link
Posted by Jonny Zchivago at 09:03

Definitely Fuck the FBI and Mediafire and the DCMA and the NSA,GCHQ,Mossad,Bildeberg group,The Rothchild Family,The Rockefellas,All governments, The UN......the list is fucking endless innit?

Glad to see you back my friend :)

I guess I mean 'glad to see you again.' I lost you for a little bit! Fuck em'!

Glad to see you back too!
The heat is less so far, since I became 'less' political!?
Throbbing Gristle are on my case though!
Had to remove 24 hours, but I move it to my shadow blog c30 c60 c90 Go!

Keep up the fight my friend! Very excited to have gotten the Sea Of Wires download that I've been wanting for all these years! Hope to see more comps like the DIY Electronics for the Ipad Generation if you get around to it! Cheers Jonny!

¡Gracias for this and for Diversions too!

I'm very late to this party. Anyway Thanks v much indeed Jonny.