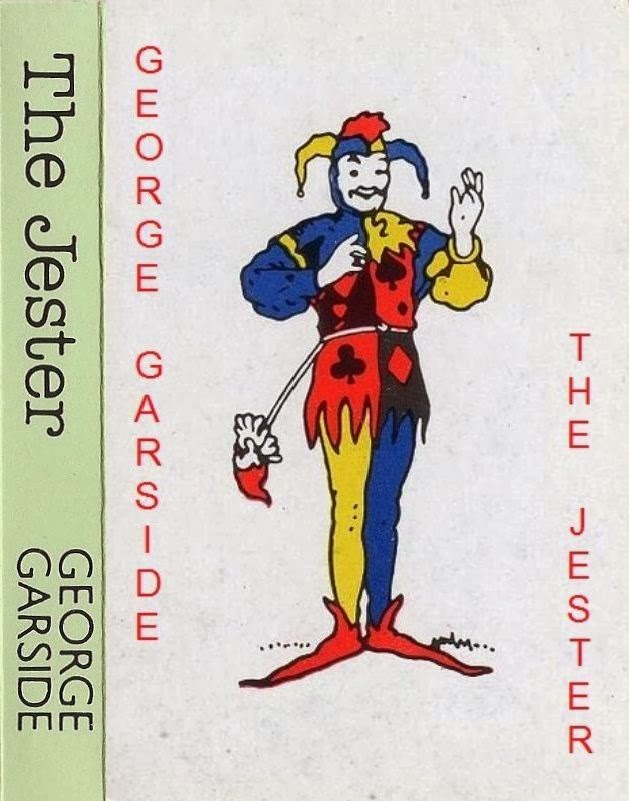 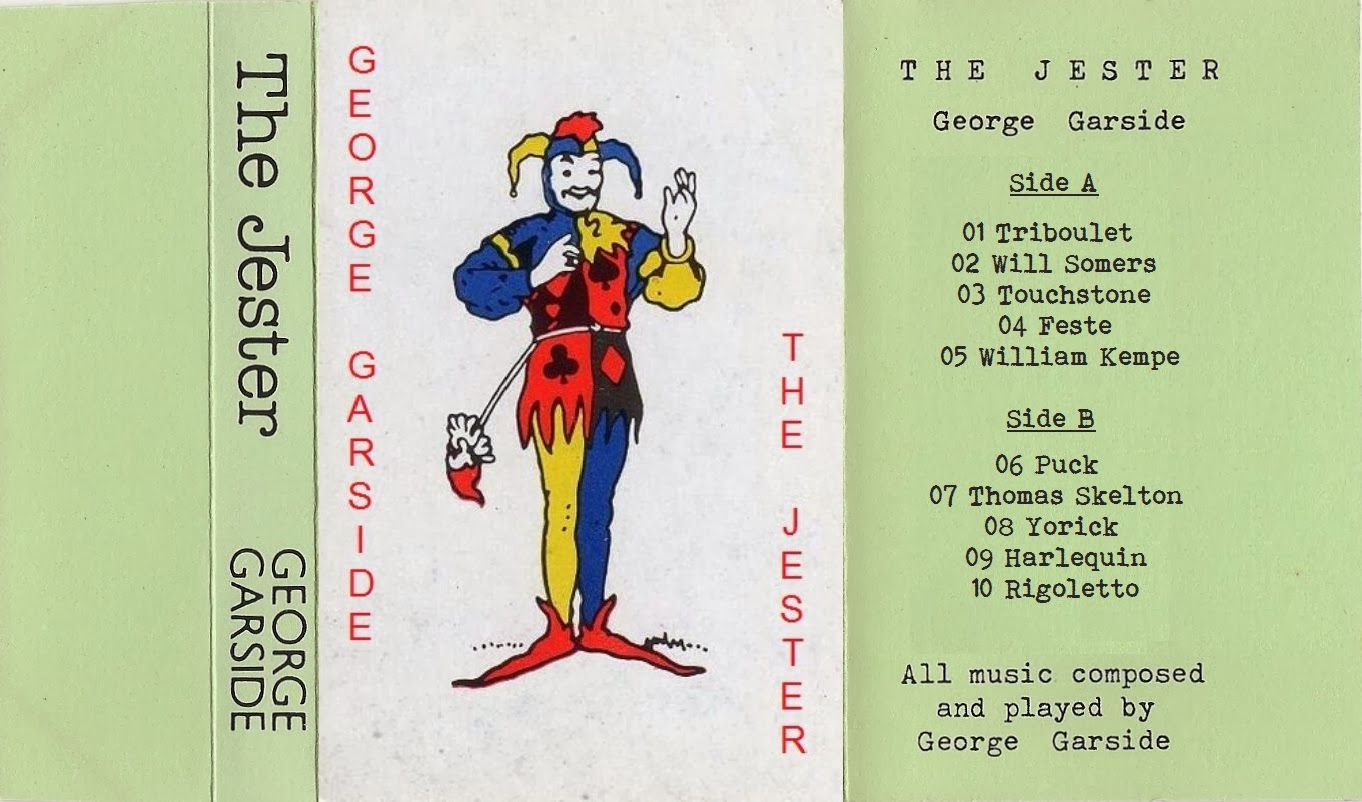 Lying casually in a box in Garside sleeve designer Peter Jolly's attic space,was recently found George's abandoned follow up to "Oasis", provisionally entitled "The Jester". Having been asked by George to design a cover for it, he had sent PJ a copy of the work, who then promptly designed the insert above.
Then Garside decided he wasn't happy with the music,and proceeded to dump the project. Leaving this sole copy to gather dust in Peter J's attic.
Peter has kindly digitized it, and reworked/redesigned the artwork, to better represent the theme of the composition.
I'll let Peter explain:

"Inside the folder you'll find the original cover that I made, with a cartoon pinched from Hunt Emerson. All on green card, and a bit boring, but he liked it enough to ask me to design the covers for his subsequent tapes. Bear in mind this was before PCs, so all done on Letraset and photocopier!

When I ripped the tape I thought that I would try to find some titles for the tracks, so I've named them all after famous historical jesters. While I was researching I found a Joker playing card that I though would make a better cover, so I've upgraded.. All ripped in 320, volume corrected and tagged."

DOWNLOAD these jokers HERE!
Posted by Jonny Zchivago at 10:48

thank you for this!
any chance of the hafler trio?
(or can anyone point me to some please)

Oops, I forgot to say my thanks for this post last month. Didn't knew this tape even existed.
Thank you and here's a little something to give back. .. .. .. . https://www.youtube.com/watch?v=exeSPBPlHos

Hey your blog is a continual source of music enjoyment. I just got finished listening to Georges debut and now I find this! What a treat and as much as I likening taking to to drown myself in craft beer and re-visiting Kolchak The Nighstalker DVDs I always take time to listen to forgotten DIY music as I find it has more protein that a McDonalds soy-meat plasto-burger!

Jonny I never give out my real name or Id have to send Mossad agents after you! Btw cool name I think it relates to A Clockwork Orange a fav film by a genius director. Craft beer is at the bar on.....ave!

Does anyone know anything about George Garside's present whereabouts. Is he alive, has he produced anything after these cassettes that's been released, is there any way of finding out more on this mysterious maestro? His cassettes happen to be among my favorite music of all time, so I'm keen to know more about him, if someone's willing to share the information.

Dunno, maybe Peter Jolly knows some info?....i was in touch with him pre-2012 clampdown era,after all he did provide The Jester. Could be on facebook or something?....maybe even George is on FB?