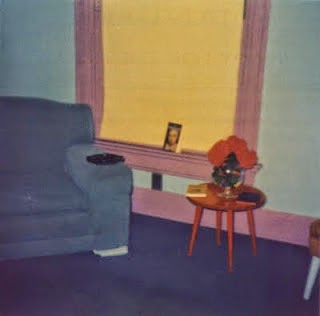 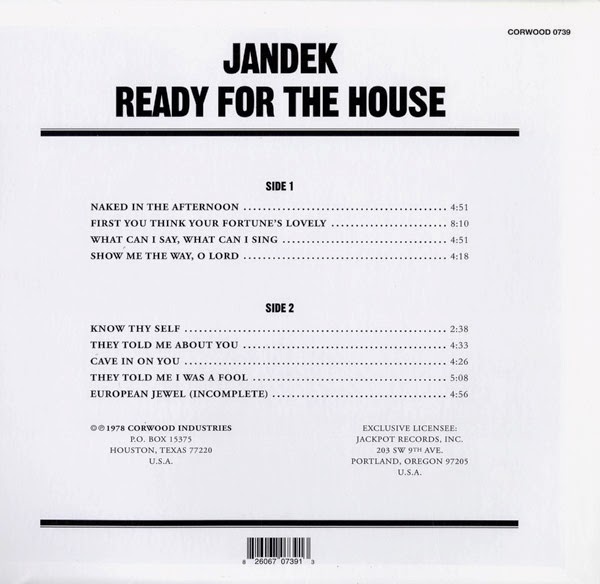 May is Jandek month;the king of American DIY,on Corwood Industries. Home of the best cover art in 'pop' history, and the living proof that if you stick at something for ever, you will get a worldwide profile for it,and....gulp.....fans?! Plodding on regardless of opinion and taste never stopped U2, and it hasn't stopped the semi-mythical Jandek. The difference between Jandek and U2 is that Jandek is good, and U2 are the biggest pile of overbearing pompous ego-filth ever to squeeze out of the buttocks of rock!
Released as by The Units(before the 'other' units threatened legal action), Corwood 0739(why start at 0739?) is guaranteed to clear a room of people in less than 5 minutes.
Jandek's debut album from 1978 will astound you with its 'sheer amusicality or unmusicality or nonmusicality, oh,the sheer emptiness of it. This was an album that started nowhere, went nowhere, and ended up nowhere... It's really like hearing a posthumous recording, a recording that was made after the artist had died.'
All the unpatented Jandek trademarks are there: the detuned death rattle acoustic guitar, the reverby haunted whiny voice, the banal, abstracted and sub- poetic lyrics.The perfect accompaniment for making you feel that life really isn’t worth living.The captured sound of Total Isolation.

Holy shit, this is absoluteley stunning !!!! Thank you very much for this, I didn´t know Jandek before,(strangely enough). Another fantastic find on your site.THANK you:-)Very best wishes,
Michael

Well, if you didn't know Jandek before, you will after the next thirty albums of his that i am posting aver the coming week or so.

Oh noooooooooooooo,
I am trying to buy the first two already, but 30 ?
Better you hadn´t told me of him;D
Thanks anyway

Its worse than that, he has about fifty plus albums available; and more are added every year.

I listened to Bogshed and Ted Chippington on my way home today (and really enjoyed it) so I'm not against difficult listening but you've got to draw the line somewhere.

That's spooky, I played my entire Bogshed collection today also. What a fine group were they. There are some people out there who would put Bogshed in the same pigeon hole as Jandek????
I also played five Jandek albums ,so i could write about 'em; and i can quite confidently suggest that these two bands are at opposite ends of the songwriting scale.
As for Chippington, I am sorry to say, I have nothing by him! Do you have any MP3's to share?

Ted Chippington. Anti-comedian from the 80s. Used to go on stage, try his best to be completely fucking awful and wind up as many people in the crowd as possible. An absolute genius. I'm not a fan of comedy albums. The only ones I have are the Derek and Clive ones plus this - http://www.youtube.com/playlist?list=PLV0o3ev16lPKTzP8_gKowDNLh0HVP0a9r

one off my all time favorites! <3