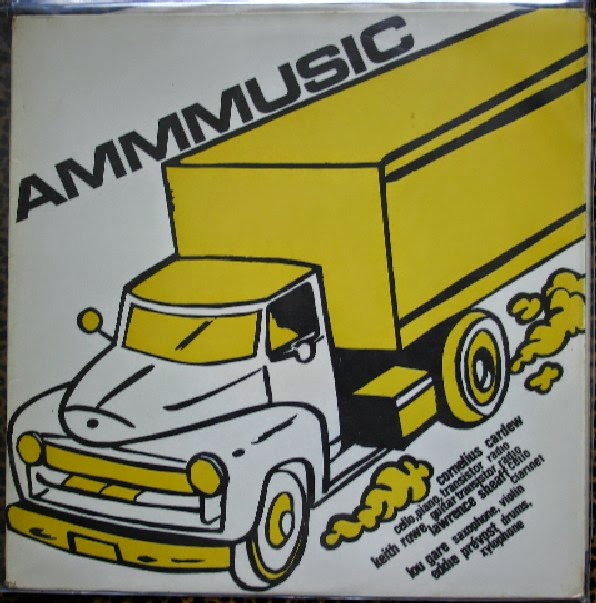 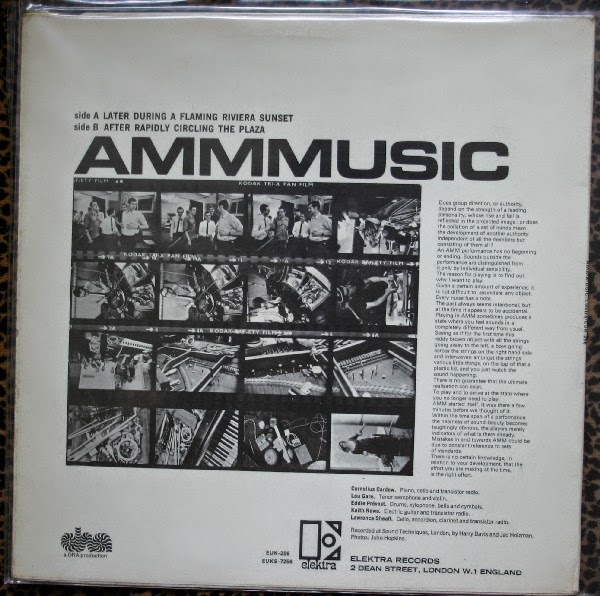 The granddaddies of free improvisation bring us a scraping droning noise from 1967. What this bunch of uber intellectual free jazzers and composers were doing on the same label as The Doors I dunno? It may have had something to do with the fact that they supported The Pink Floyd (when they[the floyd] were basically a Free improvising unit as well) at the UFO club, and Jac Holzman thought they were the next psychedelic big thing?
However, they were soon dropped when this sold approximately ten copies.
Undaunted, this radical free/spontaneous music ensemble carried on regardless in this unpopular direction, and are still going to this day.Releasing records on drummer Eddie Prévost's Matchless Recordings label.
Keith Rowe being a particularly influential member, refusing ever to tune his guitar, and performing 'Radio' , as well as table top guitar! Probably the ultimate in de-constructed guitar technique, just beating Derek Bailey, who allegedly 'tuned' his guitar quite regularly.

DOWNLOAD "that music's lost its favour so try another flavour"(adam ant 1980)- ammmusic HERE!
Posted by Jonny Zchivago at 21:37

Wow, didn't know about this one. Love AMM though I've never known their entire discography. Obviously.

I love the story here (http://www.paristransatlantic.com/magazine/interviews/rowe.html) about Rowe refusing not only to tune his guitar but also to even read the charts he was given in the Westbrook band, opting instead to glue fruit pie packets onto the score and "solo from the fruit pie covers"

Mmmmm interesting technique,i'll give it a go!

@Antonio Mora:
He really nailed the blueberry, to my ear.

I still cannot believe how much great stuff there is I wasn´t aware of. Thanks again, Jonny, for introducing me to all this. I will buy this great stuff asap.
Best wishes,
M

Glad to be of service Michael.
And let any moaning record company executive complaining about music blogs costing them sales read that comment!

Super Album! Floyd's Syd Barrett used to hang around with them in '66, he had very much the same approach to music (an artists' approach). His refusal to play a song the same way twice could originate from this period.