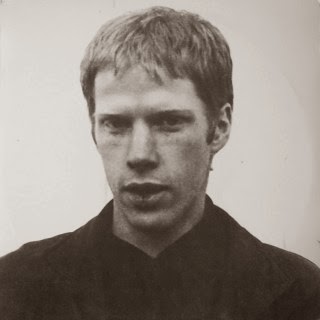 A strange beast is this,iconic Jandek cover image and all.
The first track is some kinda smacked up lounge jazz played by four musicians in different rooms.The second track is the same, using the same rhythm guitar riff, but this time someone in one of the rooms is now trying to learn the blues.
Track three is the same again, except the band was now on tranquillisers.
Track four, they are back in one room, maybe two, and unleash an amateurish Boogie Woogie number, like a stoned Status Quo fronted by a drunk nutjob.
Then we get several tracks of conventional  sounding jam based songs,with a mystery guest guitarist,which are quite forgettable.
The last two tracks are worth waiting for, with the return of Jandek's Muse, Nancy. The first a moaning  disjointed ballad with no particular time signature which meanders aimlessly, then stops. The second, another 'best of..."fractured classic, "Crazy" , which returns to the wild Free caveman punk of "modern dances".
Another great collection from the endlessly bizarre Jandek.


DOWNLOAD an end to living HERE!
Posted by Jonny Zchivago at 15:04