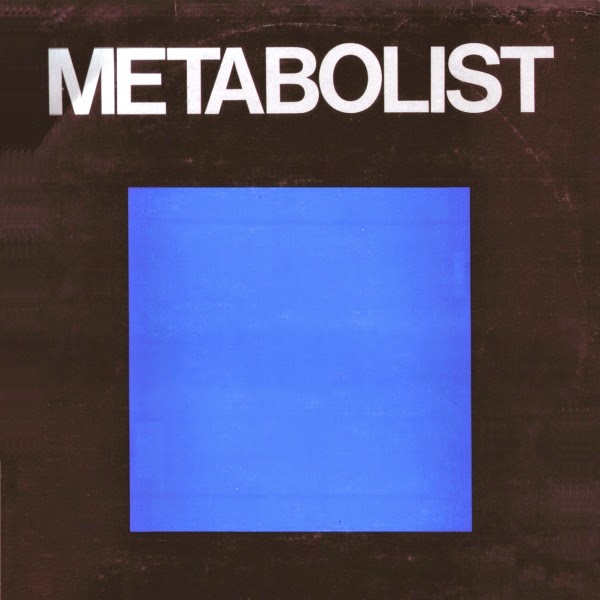 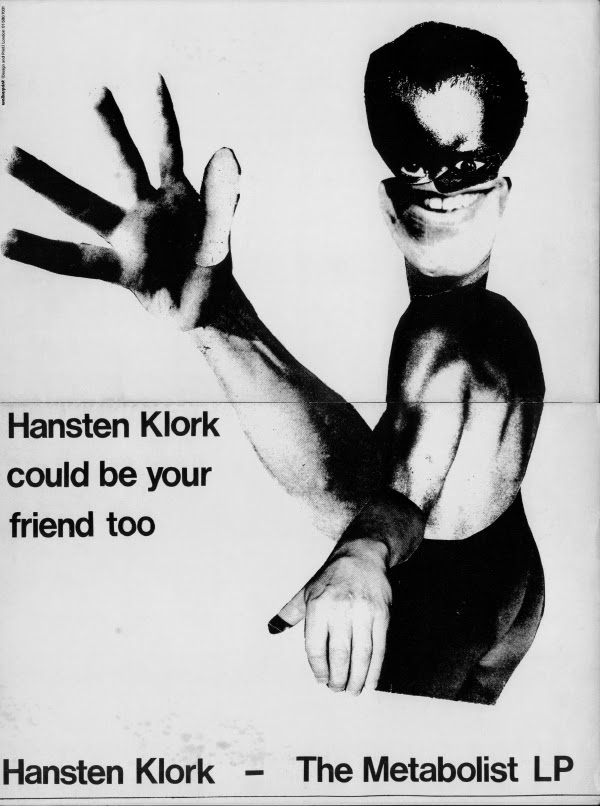 This is Metabolist’s “tubular bells” side 2 as produced by conny plank. Almost has accessible moments, with “Curly Wall”(click here for mp3 sample) being the ‘greatest hit’ in its sort of No Wave Krautrock funk kind of a way. And “Alien on Sunday” is a Neu-esque motorik sub-anthem for disaffected youth.
“Quack” is a sparse, Magma meets This Heat’s Horizontal Hold, repetitive ‘tour de force’, that ends too quickly; mainly due to the restrictions of vinyl in the pre-CD age. (Should have released this on cassette.....they are longer and they sound better).
A buried classic of what was basically nu-prog, which was labelled post-punk by the muzak media. A progressive music that was enriched by the lack of the public school/future leaders influence (Peter Hammill is excused from this harsh bracket and Joe Strummer is most definitely IN-cluded). Punk Rock made this all possible, problem was it made Duran Duran possible too, but you can’t win them all, a bird in the hand etc.....blah blah blah! Ah Fuck off! 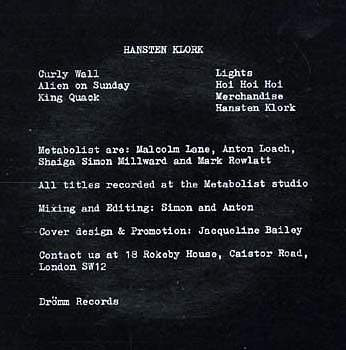 I bought this album in 1981, Tony who was living in the squad house with me told me to buy it and it is still one of my all time favorite albums ever (together with This Heat's Deceit)... Tony was a little devil he was, every once in a while he would dress up like a pierot, Bowie style and get himself some angeldust and go on a rampage always turning up again completely beat up and having the shit kicked out of him. He also loved to shoot up whiskey and wodka.... Tony died on new years eve 1983 from an overdosis, lying on his back in the snow, I hated his funeral with his poor folks looking at us, non heroin using punks like we did all that to him...

Interesting and sad story. Thanks for this one, Jonny. Magnificent.

Got some more Metabolist and related coming up on page one,after further live This Heat what I ain't got.

This has become one of my favorite albums the last few years as well. I have plundered it a few times honestly. Alert the purists.