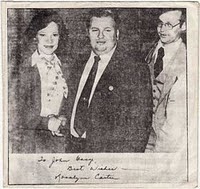 Depraved!?...I hear the ghost of Rough Trade screaming!....well....er....Yes.....but, don't be afraid of confronting your own discomforts. Hearing The Mentally ill vomit up phrases like " They're F##king your kids" with the glee of a closet paedophile does not make an intelligent person wanna go out and do an Ian Brady.
Instead enjoy flirting with the taboo , and worry about the Paedo-mania that has destroyed genuine man/child relations. And beware the ones who doth protest too much, for they be the ones you should keep away from your kids.......ie the thick scumbags who beat seven shades of shit out of a Paediatrician because they either couldn't spell(like me?),or were too stupid.(real event).
As for the record,its an excellently offensive slice,not slab, of chainsaw guitared buzzy fuzzy schlock punk from Chicago; probably recorded in a coal bunker somewhere that has been long demolished. Sample the joy below:
1.Gacys Place Mp3
2.Padded Cell Mp3
3.Tumor Boy Mp3
You'll be pleased to know that the whole of this session has now been uncovered and released on a CD; plus everything else they recorded: 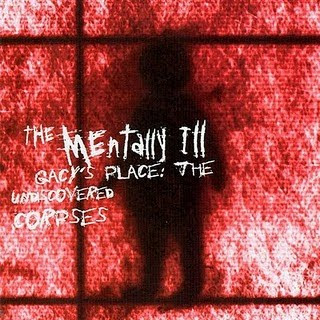 Don't mind if I do. This'll drive the wife fucking nuts. Never mind the lawyers, she'll come looking for you soon.

Wives! They drive us men nuts with their "only one correct way of doing things" approach; ie behave like women or you are wrong! It is only right and proper that we make them listen to the Sun City Girls to make them understand the male species a little bit more?
My significant other used to pretend to like this music when we were courting, then soon after snaring her prey, complained the moment anything not in the charts hit my speakers.
this ,to me, seems dishonest?
Lawyers can't trace me, and nor will your wife! I hope!

It's great!
Thanks for this, from argentina!