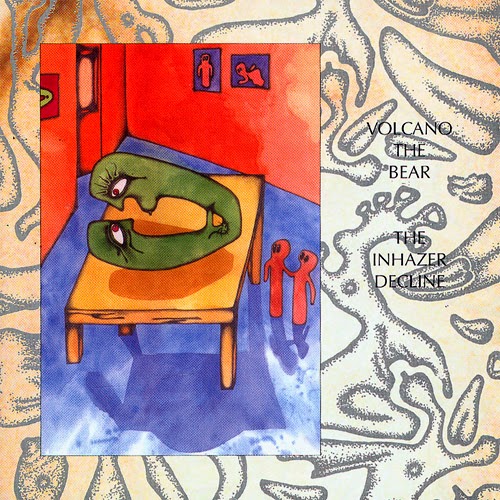 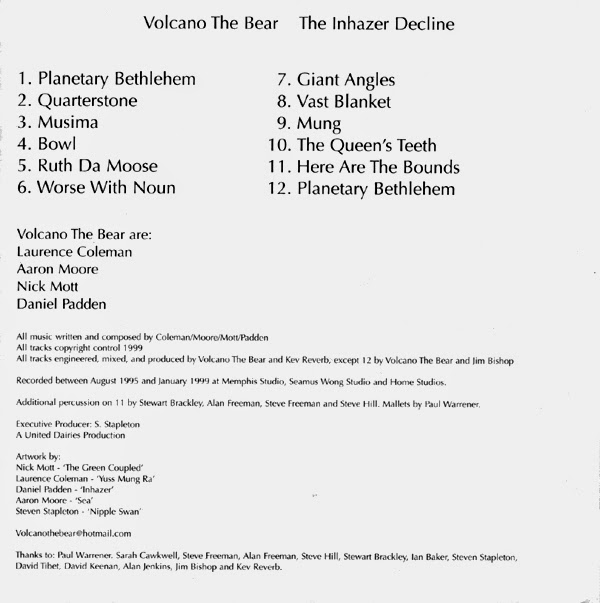 Bookish Leicester Quartet, Volcano the Bear's, first 'proper' LP, on Nurse with Wound's United Dairies imprint, from the end of the 20th Century.
Shove The Residents, Renaldo and the Loaf, Nurse with Wound, Current 93, This Heat,and some carefully selected 'Krautrock', into a Kenwood Chef, and you could possibly end up with this. Plenty of silly voices,Dada-esque lyrics,daft noises, and a veritable rainbow of instruments,played with varying levels of skill and incompetence.Ladles full of 'Too clever by half' poured copiously over the finished product,although the constant invention keeps that particular irritation at bay.
Can get a bit silly, but was there anybody else doing this in 1999?.....er.....probably; but not quite as effectively.

DOWNLOAD the decline of somebody's empire HERE
Posted by Jonny Zchivago at 11:29

thanks for this wonderful blog!

by chance, do you have any MFH ?

Alright, what does MFH stand for?

they were a band on The Elephant Table compilation

Oh silly me.....in that case, no.But ,now its been brought to my attention, i shall seek some MFH out from somewhere.