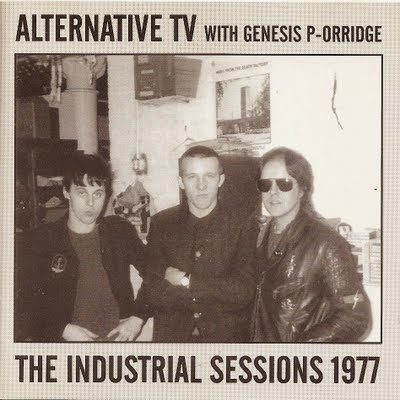 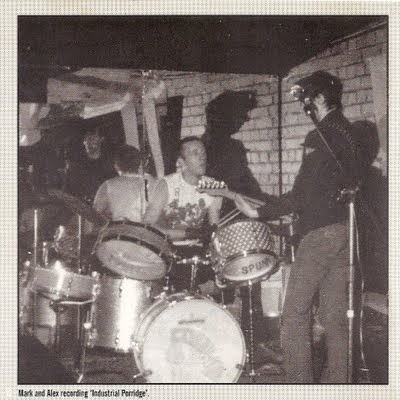 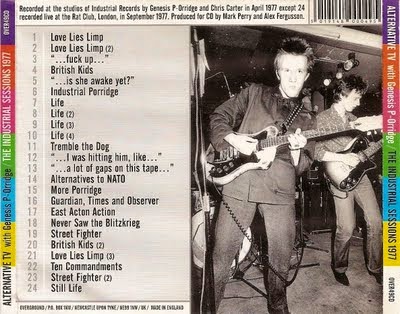 A criminally out of print,and rare, compact disc of the sessions an early version of Alternative TV did with the chaps from Throbbing Gristle HQ. I say compact disc but it sounds like its a cassette tape, which is ok by me. The tunes archived within the binary codes of this disc are rudimentary to say the least,and make the Door and The Window sound like Rick Wakeman's Yes.(a slight exaggeration,and not the insult that it usually is). There are also a few numbers that never made it beyond some early ATV performances, like "British Kids" and "Never Saw The Blitzkrieg".
Also intriguing is how crap was this recording at TG's Death Factory was! Oversaw by Chris Carter and Genesis,was this really the same 8-track recorder that recorded "The Bridge" by Rental and Leer,and "20 Jazz Funk Greats"?...or is it the Revox that did 2nd Annual report,which is more likely.......but it sounds so tinny compared to that magnum opus! Who cares anyway,this is how a DIY punk band should sound, like a field recording of some barely formed wild animals, as they crawl from their lair. Great Stuff.

except track 24 recorded live at the Rat Club, London in September 1977

Second Annual Report was actually recorded on cassette - at least, Genesis P-Orridge told me so in 1979.

Well if Gen said so; so be it.
I suppose i should have posted that as well? especially if its a cassette recording pressed to vinyl.

any chance of a reup on mega plz ??