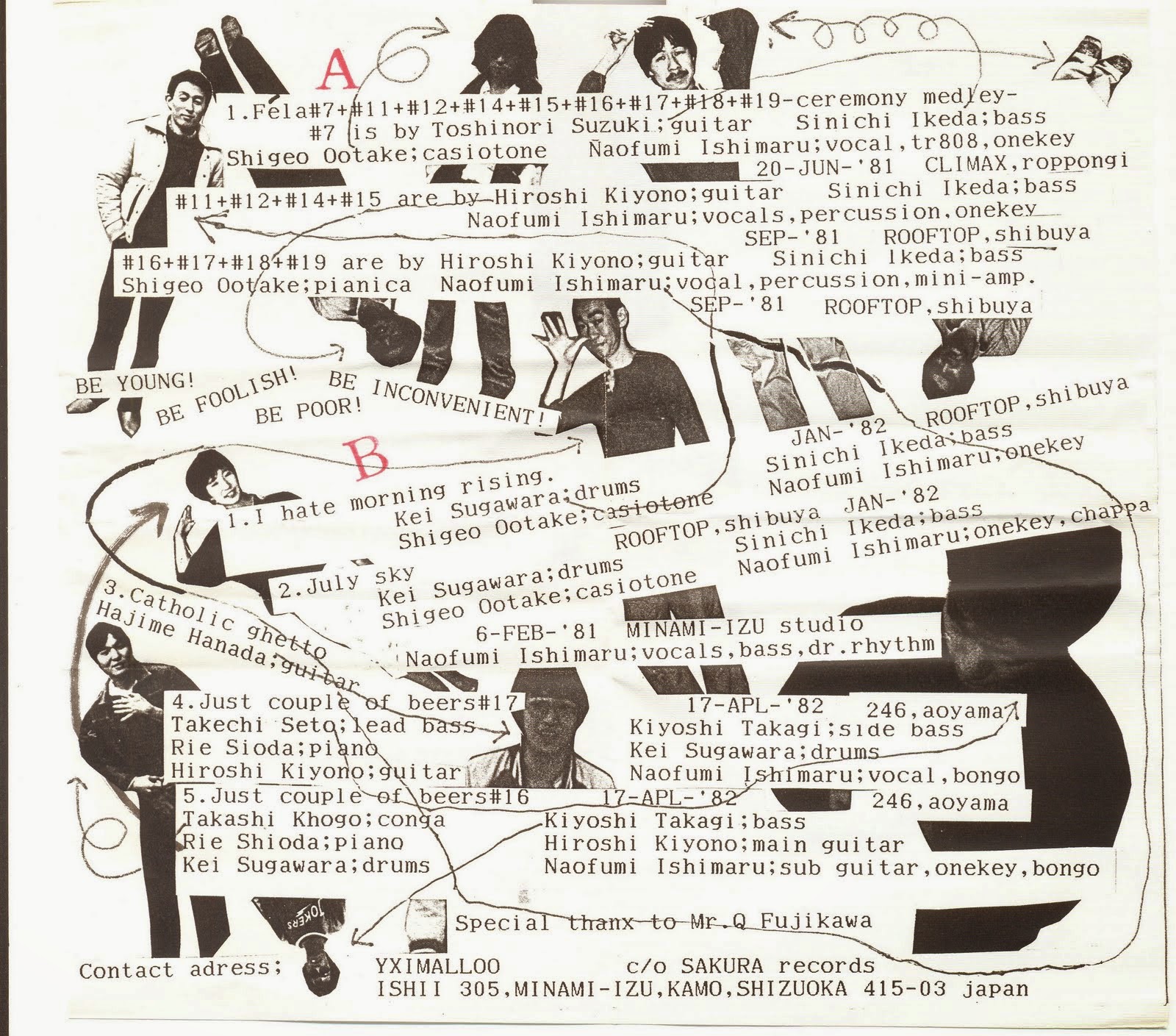 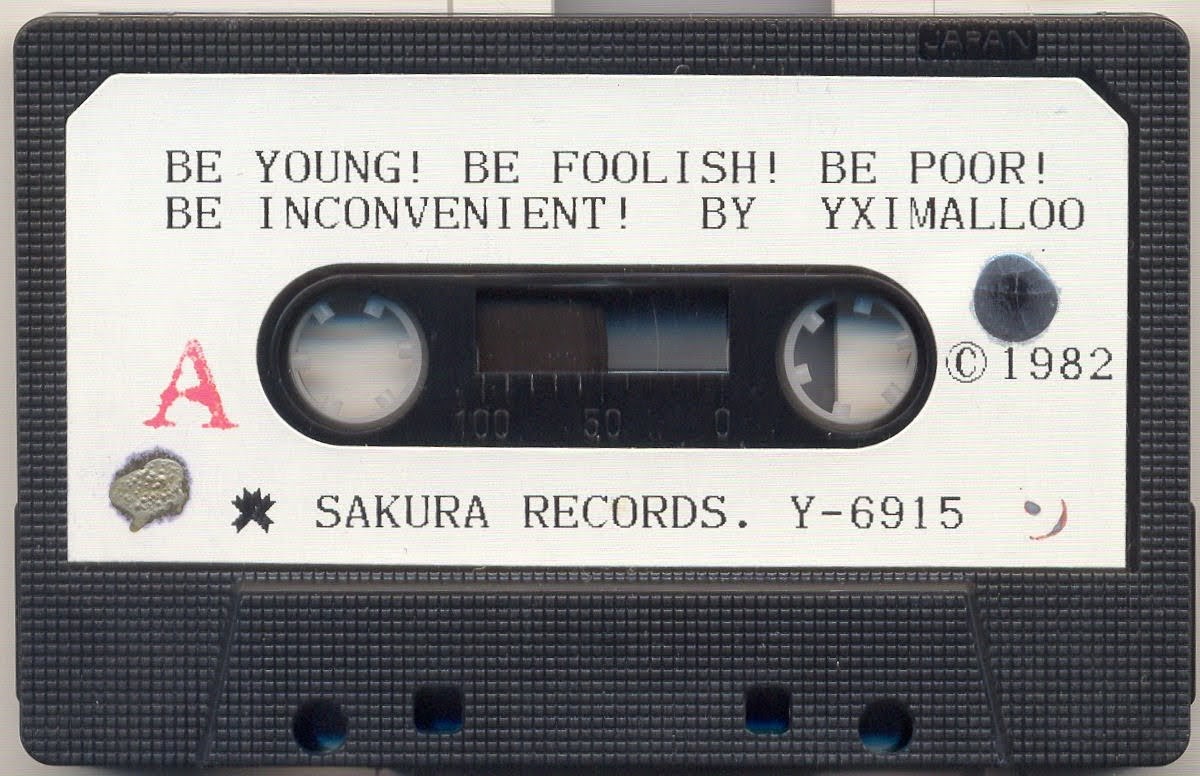 Naofumi Ishimaru is the man behind this strange Japanese act. Naofumi most notably took Yximalloo to notoriety when they played a gig at the lavatory in Honda's factory in Japan.

He's probably most 'famous' for his collaborations with Jad Fair of Half Japanese (Oh,now i geddit!)...notably "Half Robot" and "Half Monster.Yximalloo.....pronounce that as you want....(i'm going for the silent 'Y',as in Zee-mall-oo!), have released many wrechords (sic) on Sakura Wrechords (note that this cassette is credited to Sakura Records) since the early eighties. The earliest dozen or so being cassette only releases. And I cannot find this one listed anywhere on the internet, appearing in no discography, and appears only here.

This sounds more structured than the stuff I’ve heard previously; Side especially reminds one of an unedited out-take from "Tago Mago", complete with Damo Suzuki-isms; or is that just because they are Japanese and I’m an ignorant European Brit who thinks that 'Johnny Foreigner' are all alike? If so, I apologise.

Their other stuff, needless to say, is very off the wall improv experimentalism, with a tad of The Residents thrown in. Which sounds good enough to me.

Side two, is more like normal....sorry wrong word.....the usual Yximalloo formula (or formulalessness), of zany experimentation, improvisation, and structureless exploration.

If it reminds you of Can, it is an extremely lo-fi Can; there's no Holgar Czukay here to hold it together for the future public. Having said that, the first side's "Fela" manages to hold its distorted groove for a good,very good, 30+ minutes, without any funky Germans in view.( Yaa das ist Funky!)........(I'm not Racist honest, I love Funky Germans.......i'm just tortured by political correctness)

Side one is a composite piece called ‘Fela’. It’s described as a

ceremony medley with a theme running though it, approximately 32

are listed. The insert details say it was recorded in September 1981

at Rooftop, Shibuya. Parts of this appear on The Worst of 1981 CD on

Side two has five tracks: I hate morning rising/July Sky/Catholic


DOWNLOAD This Absolute Classic of the Japanese Underground HERE!
Posted by Jonny Zchivago at 10:46

Nice repost! I sometimes dig this tape out and gaze at its otherworldly wonderfulness!

Hi Tim, be prepared for the fast approaching controls reposts.

I am aghast with anticipation :-)

Thanks! I really love the song "I hate morning rising."