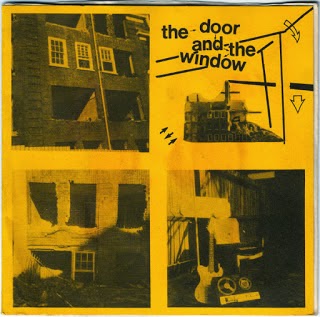 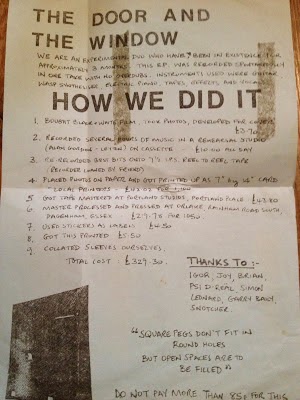 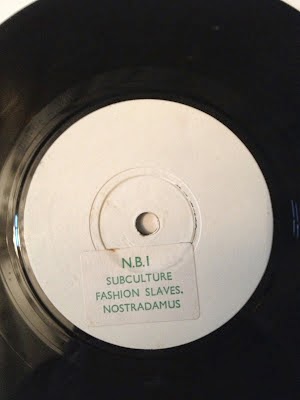 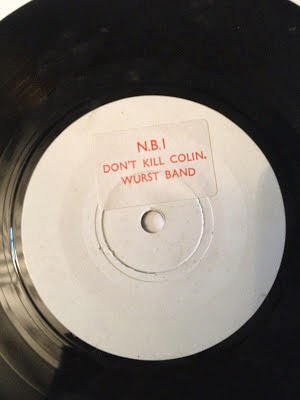 Such a legendary racket from a legendary band! The debut ep by seminal DIY band The Door and the Window. This is how to do anti-rock, its almost as if rock music was never invented, and a lesson in thinking outside the box of accepted thought. 'You can't do that', they said; 'oh Yes you fucking can' said the Door and the Window. Don't be a subculture fashion slave by doing the standard thing. Get their Production Line  ep here, Detailed Twang LP here, and Permanent Transcience tape here.

DOWNLOAD to avoid being a subculture fashion slave HERE!
Posted by Jonny Zchivago at 16:23

I envy the deaf.

When I downloaded this, I didn't expect this to be experimental but it was, and it was awesome. I liked it.
...and I like the cover art of course (typical of DIY artists to have interesting cover artwork I say). The art reminds me of the experimental film "One Way Boogie Woogie (1977)," by James Benning.

Yes, a fine challenging record indeed.
I'll check out one way boogie on this comparison.

Wow! I just watched One Way Boogie Woogie on You Tube.Its sort of a low budget 'Koyanisquaatsi' but with the Philip Glass soundtrack replaced by a Cageian ambient noise field recording; with a hint of Luis Buñuel surrealism to boot.
(If that doesn't describe The Door and the Window,then i'll eat my computer....again!)
I loved it.
So here's the youtube link kids:

Haha, good to hear. :D No problem. If you're interested in any more films, I have plenty more (I mean really -- I recently had only 2 GB of free space left in my hard drive).
...and good link, by the way. My upload / link is a VHS rip, so you can imagine that it's of lower quality.

I see Garry Baily gets a name check on the info sheet - You don't have / know about any of his stuff do you? Nag and Bendle were in his band Chain of Dots prior to Door and Window, a band whose line up was (deliberately - consciously) different everytime they played, there's talk in some fanzines of NB doing a compilation tape with Chain of Dots, and Bailly's solo stuff on, but i've never seen it. I'm keen to find copies of Baily's earlier Punk fanzine Revenge too - if anyone could share any of this stuff with me (i'd obviously cover any costs).