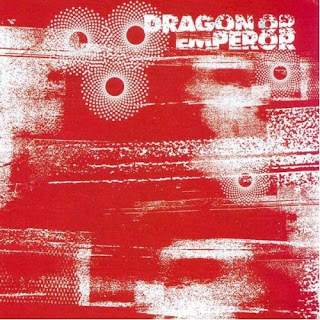 Stewart Brackley of Black Carrot and Aaron Moore of Volcano the Bear make a drum and bass racket version of Pere Ubu meets Lightening Bolt, or more accurately, an anti-OM . In my humble opinion the best thing that Aaron has done, and shows off his obvious talent on the skins to the max. Fellow Leicester scene musician, Brackley, sounds uncannily like David Thomas of the legendary Pere Ubu, and claws a mean distorted bass guitar.
For me, you can't beat a duo but you can Beat Up a duo! Ever since my first gig experience in 1978, when I was unwittingly exposed to the majesty that was Suicide.Even though they were bottled off after less than twenty minutes by the vast flock of Clash fans waiting to 'Rock out' with their famous heroes. I can imagine Dragon or Emperor being treated the same by those sheep-like morons if transported back to '78; but we are more open minded nowadays????//....aren't we???


DOWNLOAD the dragon HERE!
Posted by Jonny Zchivago at 11:28