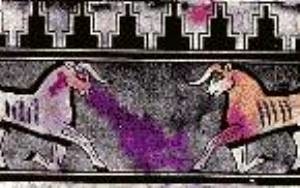 A C-60 of typically unhinged cover songs, that systematically de-construct the Rock'n Pop myth, and stuff the smoking shards into an old shoe box to be dismissively tossed into the dark recesses of the understairs cubby hole that you were frightened of as an affection starved infant. This is what progressive music is all about is it not? The version of the horrifically awful pomp stompers Led Zep's tragick classick, 'Rock and Roll', is an accurate rendition of what this atrocious drivle actually sounds like to those not hypnotised by the Nazi rally that is/was rock music.
"Summertime Blues", in its John Lydon on a cocktail of Benylin and Night Nurse, in place of the'Wizz', brilliance; actually manages to equal the majesty of the version by The Flying Lizards, and that is some praise.
"Rock is for Arse-lickers" (G. P-orridge 1977)
All vocals by Ted Koppel. Recorded 1983–85.

I hope you've downloaded all the Sun City Girls tapes on here....and there's more to come in the next few weeks!?