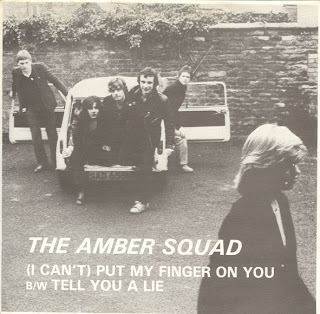 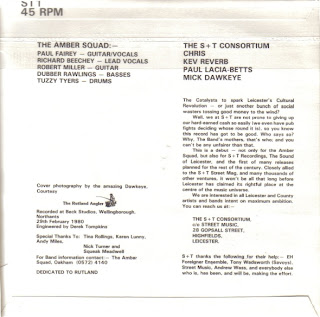 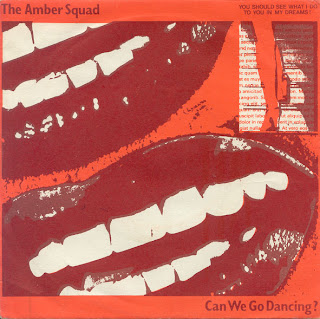 The Amber Squad were another great live Leicester Band, playing no-nonsense pub Rock,although frequently referred to as a Mod or Power Pop band. It's just great Rock'n'Roll, you,for the entertainment of....!
The first single was released on the local label S+T, which released the great Leicester compilation, "Where The Hell is Leicester", which you can download from this blog.
Notice the early appearence of one Kev Reverb ( as part of the S+T consortium), later of Crazyhead and sound engineer of Volcano The Bear fame.
The second single was released on Dead Good Records, DEAD17, 1980.
Can't be arsed to type the track listing, but there are 15 great tracks in this download.

DOWNLOAD the best of the Amber Squad HERE!
Posted by Jonny Zchivago at 21:27

I firmly declare this to be decent.

Yes Stu, i'd go as far to say...Thoroughly decent.