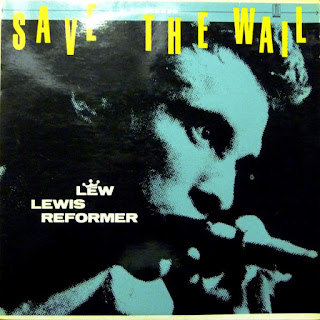 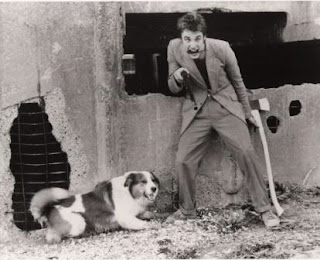 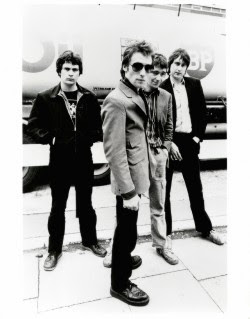 How cool is this geezer? The lost legend of Pub Rock that is Lew Lewis. Founder member of Canvey Islands 'Southside Jugband' alongside Lee Brilleaux of Dr Feelgood. How more Proto-Punk can you get than that?
That very same Jugband spawned Eddie and the Hot Rods, who enticed Lew into its fold for the first two singles, then he formed The Reformer in 1977.
It gets better......In 1987 our Lew was given a seven-year jail sentence(Lucky seven eh?) for armed robbery, after holding up a post office with a fake pistol, stealing £5,000 and trying to escape on a shopping bike.
This guy walked the walk and Talked the talk......mental breakdown aside of course!
His weapon of choice was the Harmonica which he wielded like a chainsaw in the hands of Leatherface.
Again he was big in France, like most of the Pub Rock fraternity, but lost in his native land.
So, here's his entire recorded output (except the two tracks on the Hope and Anchor R&B album);and you may notice that his self-penned tunes tend to veer in the direction of Bars and Gambling as subject matter.......and why not?

DOWNLOAD and be reformed HERE!
Posted by Jonny Zchivago at 11:13

That backstory: take that, you sons-of-diplomats who formed the Clash. I didn't know this name, so thanks.

"Win Or Lose" was a real standout song on that "Last Stiff Compilation" album. I am enjoying your pub rock posts very much!

Yeah. i'm enjoying it too.....about another month to go, then its back to the normal obscure spanish industrial and Dutch minimal synth....boring!

Sweat Shirt Manufacturer said...
This comment has been removed by a blog administrator.
12 November 2019 at 19:01