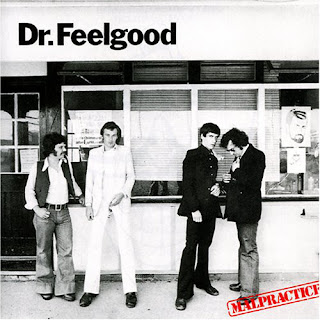 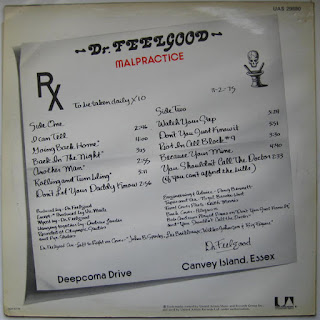 I dunno which cover photo i prefer from the first two albums? "Down By The Jetty" wins mainly because, the least sartorially perfect member, John B. Sparks, wears hugely flared Jeans and lets the side down. The group do however look like the Sweeney on a tea break during a stakeout.
As a yoof, I refused to ever wear Jeans, but relented in the nineties.....I blame Ecstasy! That drug fucked up everything. White boys dancing, football became safe and the evil process of gentrification started; good noisy groups changed overnight , donning stripy tops and shaking maracas to the fucking 'funky drummer beat'! Hideous chav-y thugs started  thinking they were your best mate,and I started wearing flared jeans!......it was a disgusting time, that quite frankly destroyed modern culture irreparably to this very day. Was this the drug that Aldous Huxley warned us about, the one that made us love our slavery,and positively embrace it?......I think so.
Luckily this evil chemical never entered the bloodstream of Dr. Feelgood, despite the name.They obviously felt bad, and the only chemicals needed were Alcohol. In the case of Wilko,it was copious amounts of Speed with the occasional tab of acid......proper drugs.
As far as the second album goes, its not quite as full of classically timeless tunes as the first, but its not far off; but does include a co-write with Wilko's primary influence, Mick green of Johnny Kidd and the Pirates fame"Going Back Home"). What an album,what a group.....even if it is a slight sell-out 'cus its recorded in stereo?!