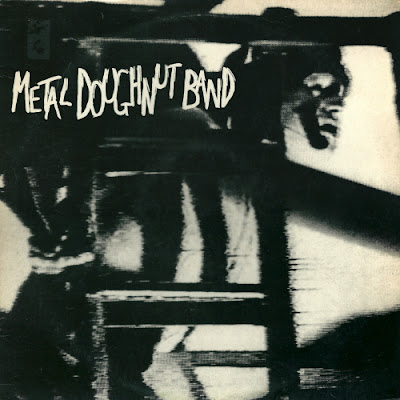 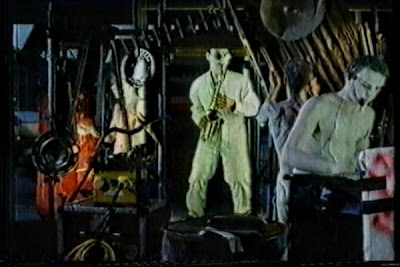 Another half descent combo from sunny Leicester was The Metal Doughnut band, who embraced the fashion of the times (1985), and utilised metal percussion, and various tools and whatnot, to create a danceable form of Industrial disco. Vastly under represented on vinyl, this 12" is their only release outside of compilations. It sounds very dated though, with lavish use of what sounds like a Mirage sampler, and one of those awful first generation Digital Drum Machines.
The Ensoniq Mirage was one of the first low budget samplers, as made famous by the lamentable Big Audio Dynamite, and they were crap.(Big Audio Dynamite and The Mirage!)
Its funny how everything recorded in 1985-88 sounds far more dated than everything recorded between 1971 and 84? I lay the blame on the awful technology available in 1985, and the unimaginative way it was used.....namely, the Paul Hardcastle s-s-s-s-s-syndrome; and those god awful digital drum machines.

I'd have given my right arm for a Mirage back then!

Its a damn good thing you didn't get one Rob. Or 5XOD wouldn't have had to be so creative with what they had.
I had a Mirage,and ended up sampling everything you could think of instead of thinking about making some interesting compositions, then House and ectasy music hit, and really fucked everything up!