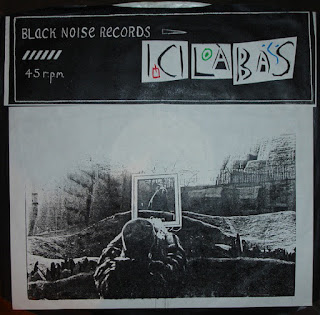 Another piece in the Homosexuals' convoluted and deliberatly obscure jigsaw puzzle from 1979.Not that they would have garnered any fans from their first ep at all,but they would have lost them after changing their name for this 12" ep.A time homoured method of career suicide, if a career is what they wanted, which ,of course they didn't......what's a 'career' anyway? Slavery and compromise is the definition of 'Career', The Homosexuals stood for Freedom', a much better word.
There's no boring list of personnel, and who played what, just a bunch of made up pseudonyms, and band names as if it was a compilation.
The 'real' band aren't mentioned anywhere. Instead each track is by a different made-up artist to deliberately cause maximum confusion, enigma and mystery;which worked eventually, instead all that happened initially was zero sales.

No group of the time could match The Homosexuals' total disregard for ambition, or were as prolific, or exude such intelligence and understanding of the Rock'n'Roll myth.
They operated completely out of the mainstream with no coverage at all from the media of the time. This Black Noise release only serves to pile up yet more mystery upon mystery, with the scant documentation accumulated from previous releases only muddying the waters further.And,rhetorically, boy do they deserve muddying?

DOWNLOAD from here and over there HERE!
Posted by Jonny Zchivago at 12:15