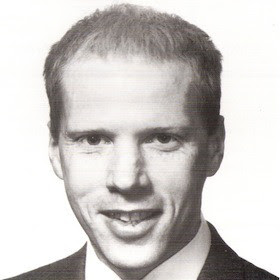 Wow!....Its Only JANDEK MONDAY again isn't it!?
I've still got that dull ache in my cerebral cortex from the last Jandek Monday!
I love the creepy picture that adorns the cover, like a missing persons mugshot that's been left pinned to a notice board since the early nineties.
This is a return to long, dark and  painful acoustic 'songs', or canticles of a castaway, which i assume is Jandek himself?. Eavesdrop on the reclusive troubadour disembowel himself  for his public; an open wound of a record.

DOWNLOAD these cancerous canticles HERE!
Posted by Jonny Zchivago at 18:52

It is like a creepy mugshot, but more in the style of one of those megachurch pastors who, it turns out, have been molesting the choirboys for years and finally got exposed.

Thanks for this. This is a Jandek I have never seen before.

I think you've hot the nail on the head there jeff....it screams evangelism.

I've always wondered who took all the pictures of the guy. He's been such a recluse it's almost as though he simply appeared on earth with no humans having been involved.