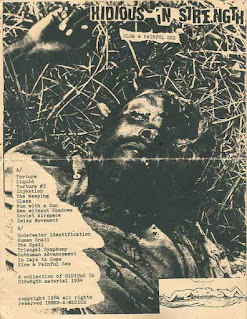 Ouch,that stings.Stop it,you're hurting me!Ow....OW!
For my eternal shame, I did briefly glance at that Facebook video of those two nordic female backpackers being beheaded by Islamic morons in Morroco,and to my shock as the blade touched her neck she screamed "OW!...OW!"...I stopped the stream to avoid the calling for her mother part,but too late it traumatized me for days after......don't be tempted kids,its not like watching "I Spit On Your Grave".Apparently the motive may have been 'sexual' rather than religious extremism,said the Cops.
Slow and painful Sex? That brings back some other terrible traumatic memories.Although the pain in my case was psychological,usually involving a emotional battering or two.The 'slow' part never entered, so to speak, the equation.As quick as possible wins the race, or as drunk as possible.
Sex is usually responsible for ruining peoples lives,be it an unwanted pregnacy, leading to life crushing parenthood,or getting abused from all angles in the name of love!? Either way celebacy is roundly recommended.Which also provides the added bonus of no AIDS or syphilis problems too.Its a win win situation...no?
Listening to this John Zewizz side,semi-solo, project,it sounds like he agrees.....but that can't be true,as he seems to be obsessed with all thing carnal in his other projects?This stuff is more from the Chris Carter side of early Industrial, with lots of synthesizer experimentation, tapes, and "found" vocals from TV.
If you want your sex slow and painful, then I recommend listening to this or any 'Women of the SS' tapes,and a wank, rather than open that pandora's box of humiliation and pain for real.Its like football...keep it simple.......or, keep it single?

DOWNLOAD quickly and painlessly HERE!
Posted by Jonny Zchivago at 09:13

A nice score and yet another rabbit hole for me to fall into.

Listening now as I feel reality slipping away...!

Cool!, once again thanks !

Indeed 'Hitler Rap) 12" version is a work of genius,buy a comedy genius.There's a man who knows how to make racism funny...and it IS funny.The day we become less uptight is the day racism ends....but what are we gonna laugh at then?

Well, I'd try to see what all the fuss is about, but not only does Mega suck in general, it appears they have now even taken away the "go ahead and use my outdated browser anyway" option.

Which means - if I end up committing some horrible sex crime, and it's due to being all bottled up, and maybe hearing this might have eased that pressure - well, that's all gonna be on you now, buddy. I hope you can live with yourself.

ME DESPERATELY WANNA VIEW THAT Facebook video of those two nordic female backpackers being beheaded by Islamic morons in Morroco. Betcha no web search is gonna deliver results.... Even LiveLeak has cleaned up its act.

@ RSTVMO you naughty ghoulish voyeur/psychopath you....it got pretty much clamped down on rather quickly.It likely exists on the dark web still...but you may attract police interest if you go there.