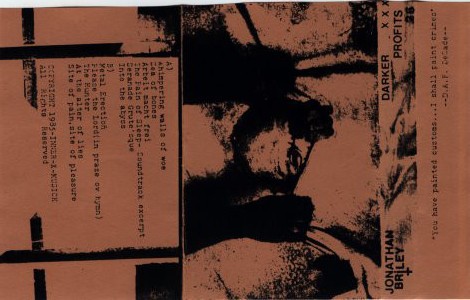 Well I like this stuff, even if it is akin to listening to Green Day (or Brown Day as I prefer) and saying you're into Punk Rock. It does also represent the blind alley that making Industrial musick leads one into. One can only listen to Throbbing Gristle, and their a-likes from the old Skool era so many times before you wish there was someone else making similar tones that everyone hated because they were "jonny-cum-lately's", yet if we didn't know what we know we would have a different attitude,would we not? Hearing something you haven't heard before does have its merits.However after saying that, I would never allow a Green day album anywhere near my record player no matter how many times i've heard The Clash.....I could always dig out 'Sandinista' if i wanted something sobering,even though I don't think i got through the first side before filing it away in a dark corner of my attic.Another band that shouldn't have made a second album!Like Sleepchamber,but nobody noticed the forty plus 'second albums' they released from 1983 onwards.

I got my Green Day shirt at Hot Topic because I am an edgy rebel.
The last track of the Eraserhead soundtrack is in heavy rotation today as some Stanley (Cleveland) Steemer truck is making a racket.
Stereozilla is offline due to residential living and complaining untermenschen.
I saw the Iron Will and Discipline post under this one and can't wait!

We're getting some very good and amusingly abstract comments of late...i'm blaming it on this run of mid eighties Industrial nonsense.What that says about the people listening to this I wouldn't like to say.

Hi, Great blog. Please take a look at ours, we added you to partners and hope youll do the same. We rip rare vinyl and cassettes, mostly metal, industrial and noise. Our blog is https://thirteenth-ceremony.blogspot.com/.

This is the good stuff. It earned a spot on das harddrive. Found some Sleepchamber from 1987 with a hot chick in stockings on the cover.
It turns out she wasn't ok with being used as a model for the artwork.
The album is a cure for insomnia though.
Another industrial blog page just tried to virus me. Bwahaha!
They better switch hands and smoke another one.