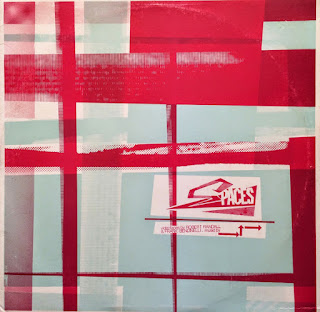 Yes another 'request', but an admirable one, as I like any group that is unclassifiable alpahbetically. This is why '→ ↑ →'(Philip Brophy & Essendon Airport basically) are often referred to as 'Tsk Tsk Tsk'. So the anal record store worker could file their output under 'T'.....ahhhhh the relief.
Another important bi-product of being unclassifiable in any filing system is 'No Sales!'.The casual browser would not find it easy to stumble upon a '→ ↑ →' record in any record store,which is how I managed to find most of my favourite LP's back in the day, just by looking at the cover art, and reading the track titles on the back (yes I can read!).
The music on this mini-lp and subsequent EP's (all on Brophy's Innocent records), is a kind of sterile art gallery bound variety of passionless brass enhanced electronica.Very 'Downtown', for people who boast of degrees and of reading books.Bereft of the accidental.....an important factor in human music. 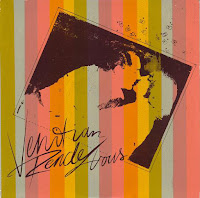 A1 Lampadina
A2 Pallini
B1 Sportelio
B2 Canzona Di Una Notta 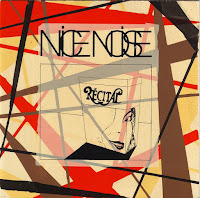 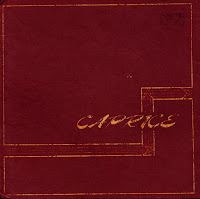 DOWNLOAD all this from cyber space HERE!
Posted by Jonny Zchivago at 00:02

Thanks for new discoveries, for me, from Southern Cross area. Back to your rants, which always make me laugh. Even if you slack bands I like more of less. I understand your approach to music and respect that. That makes you, imho, a good critic.

Outstanding. Die or DIY is probably the only blog in the entire known universe that has put up anothing by '→ ↑ →'. Now if only you could post something by, oh to hell with it, why bother. You'll post something by them soon enough. Brilliant. You sir are a master of your craft.

Unfortunately, despite your valiant attempts, you have still spelt the band name incorrectly as → ↑ →

On a serious note, many thanks for this. I really liked this band back in the day, and I no longer have the capability to play my vinyl (I have a couple of these original records). "sterile art gallery" might be a bit harsh, but I see where you are coming from. I have always found the independent experimental Melbourne 80s scene (based around the CHCMC) a bit academic. But then again I did get quite a telling off when I suggested as such to Dr Chesworth in a correspondence after purchasing one of his reissues.

Sadly, completely unrelated to that, I have heard that Dr? Brophy has disowned or at least is disinterested in the → ↑ → (OK, I can't spell it correctly either due to a lack of Unicode support) era; hence the lack of any reissues.

Philip Brophy is my favourite living thinker in the world. If you come across any of his books, articles or talks you should check them out. He is a national treasure.

tHANKS TO zOPO FOR THE SYNONYM FOR oz THAT I HAVEN'T USED YET...IE sOUTHERN cROSS aREA....I WAS DESPERATLEY RUNNING OUT!
Caps off.....basically, i'm impressed by the interest from our Southern Cross area cousins that these posts have generated.....usually no-one says anything worthwhile in these comments sections.
Cheers.

Well I'm impressed that you've managed to unearth some of this material. I've been after it for years. Got into → ↑ → back in the early 80s when I heard Expressive Space being played on the radio. Plus I had / have a soft spot for ridiculous band names. So I did buy the Spaces album back then, and sought out those early EPs but only ever found one 2nd hand (Caprice). And, yeah, I did find it a bit underwhelming. I actually would buy it if it were reissued, but like I said earlier, Phil Brophy seems to have disowned all this. At least David Chesworth is releasing his back catalog.

I'll be even more impressed if you managed to move up to Sydney dig up some Idiom Flesh. A few years ago there was pretty much nothing about them on the internet. Almost completely lost to history.

So yeah, I'm of that (general) place and era so having been pointed here from another site, your recent posts have piqued my interest. And if I'd known about this site a few years ago, I would have rabbited on enthusiastically in your Patrik Fitzgeald thread. Because until a few years ago, he also seemed to be unknown to the internet.

Oh Yeah, i'm a 'fan' of Fitzgerald ever since i saw pictures of him in a bombsite in the music press. Someone who didn't own expensive guitars and amplifiers...i thought thats authentic!......didn't know he did a bit of acting too, that would have put me off!
I do have some Idiom Flesh singles hanging about....i'll have a look.

Australia has gone up in my estimation,because aussies seem to have a real interest in their DIY history.....i'll forgive all that bragging about weather and sport now......i do have a lot of family around Sydney however.No-ones perfect.