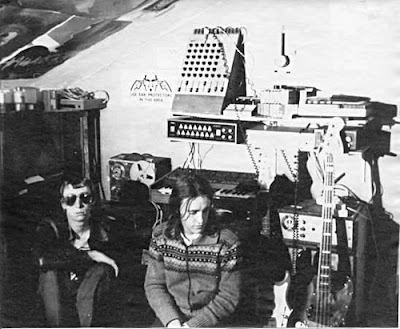 (A further tribute to the recent sad passing of Protag,one of thee Heroes of UK DIY!.....much missed.)

I've got an awful lot of Instant Automatons Stuff hanging about in my hard drive that isn't complete or is homeless; and as they appear to be popular with certain members of the Die or DIY? readership/listeners out there, I have cobbled together a Retrospective of sorts to further demonstrate the hissy majesty of Mark Automaton and Protag(RIP).(As seen above with Technology).
You can also check out two of their early cassettes , "Blues Masters of the Humber Delta" and "Tape Transport" by clicking on the highlighted titles,just so. 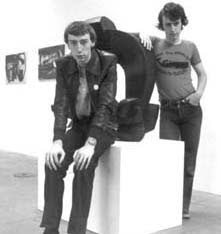 'Twas late 70's in Grimsby, North Lincolnshire, United kingdom, and the dawn of Free music. The Instant automatons, gave you all their work for FREE, if you sent them a blank c-60 and a stamped addressed envelope. This is now commonplace amongst us bloggers,and file sharers, but in 1979 this was a principled attack on the corporate fascists of the record industry.
I'll leave it to Mark Lancaster (aka Automaton) to explain the politics of Free Music in his own words:

"One concept that is most closely associated with The Instant Automatons is that of "Free Music". It is also, I have discovered, a concept that is widely misunderstood.
Free Concerts have been around for ages, of course. That's something that, even in our materialistic society, people can get their head around. You go to the gig, you see the band, you leave; it's ephemeral - there's nothing concrete for you to hold in your hand, so you don't feel uncomfortable with the idea.

But when it comes to Free Music cassettes, records or CDs it's a whole different tureen of seafood. Those who don't quite "get it" fall into two distinct camps:
The members of the first group are the ones who say: "If this is a Free Music CD, why do I have to pay £3 for it? Why isn't it free?"
That's easy. What you're paying for is what you're holding in your hand - the plastic and paper. If we're selling something for £3, it means it cost us £3 to manufacture it. We make no profit from it - that's why the music is "free". In actual fact, we were making a small loss on every cassette we distributed via the good old "send in a blank tape" method, because we would enhance the cassette with a sleeve and a set of labels that we had paid for ourselves before returning it to the "customer".
The second group understands quite clearly that the music is free from profit. They just don't understand why. That takes a little more explaining:
Protag once read an article in which Colin Newman of the band Wire claimed that writing a song was simply a bodily function like evacuating the bowels. Steve Lake, one-time bassist with Zounds, said a similar thing: "Playing music was something we did like eating and drinking, breathing and shitting. It seemed to be a natural function."
Our view was exactly the same - and I would have felt as uncomfortable asking people to pay for my words and music as I would have done asking them to pay for the carbon dioxide I exhaled or the nitrogenous waste that came out the other end.
(As a sidenote: The Italian artist Piero Manzoni sold cans containing his own faeces - the Tate Gallery recently bought a can for £22,300 - and Australian-born painter Margaret Morgan uses human urine, blood and faeces in her works, but what that proves I have no idea.)
However - and this is the really important point - this was (and still is) a purely personal ethic. I have absolutely no problem whatsoever with other people making a living from their art. It's just not for me.
I have to state this (to me) rather obvious fact, because I have been misunderstood in the past.
In my last year of school I tried my hand at sculpture. The piece I produced was an emaciated human figure, rendered in wire and plaster. Although it was essentially just a poor imitation of the works of Alberto Giacometti, the art teacher took a liking to it and said he would pay me £5 for it. I said if he liked it that much, he could have it for nothing.
He was horrified, and proceeded to give me a lecture about how, if one artist should give his work away, then all the other struggling artists would not be able to make a living, and no one would then want to become an artist and there would be no art. Then, presumably, Western Civilization would crumble. (You think I'm making this up, don't you? It's all true, I swear!)Given my well-publicised contempt for the faculty of my alma mater, I'm sure you realise that this tirade just served to strengthen my resolve. I think I can say, without fear of contradiction, that since that day I have never made a single penny from any creative work I have produced, whether it be words, music, photography or graphic design.
And did Civilization crumble? I'll leave you to answer that one for yourself." 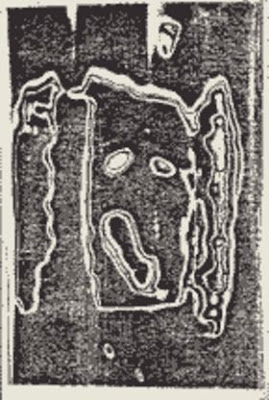 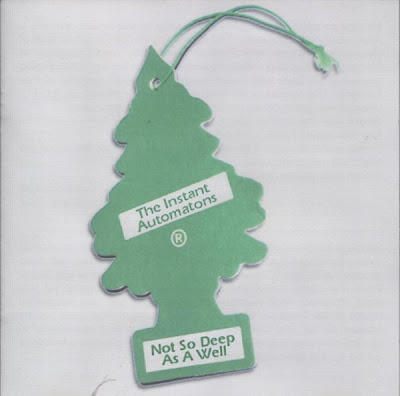 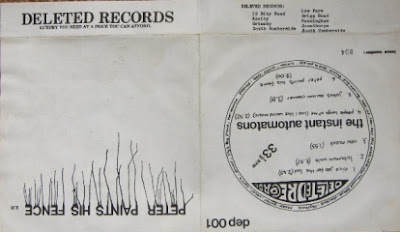 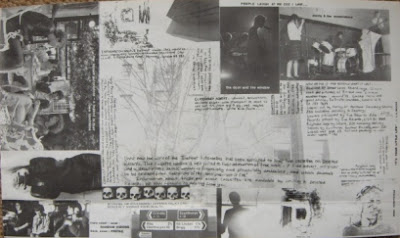 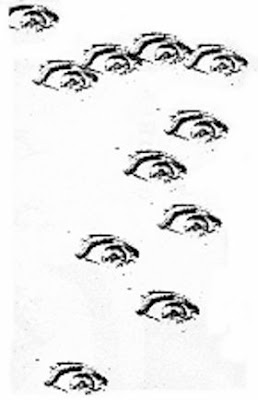 DOWNLOAD this Retrospective Anthological Overview of the Instant Automatons HERE!
Posted by Jonny Zchivago at 10:38