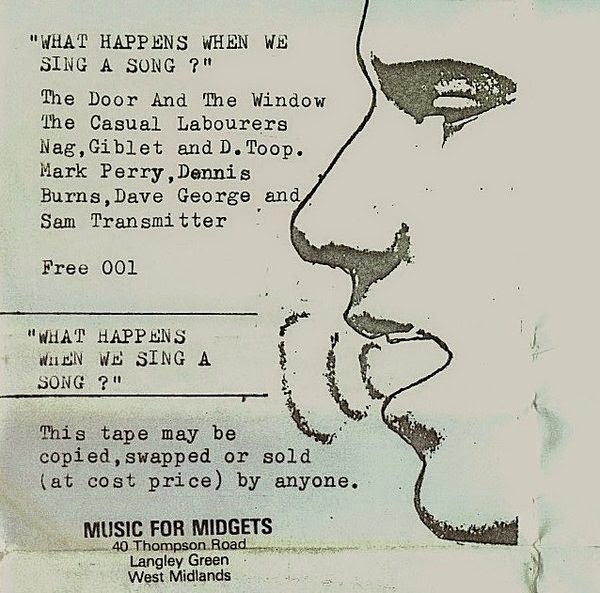 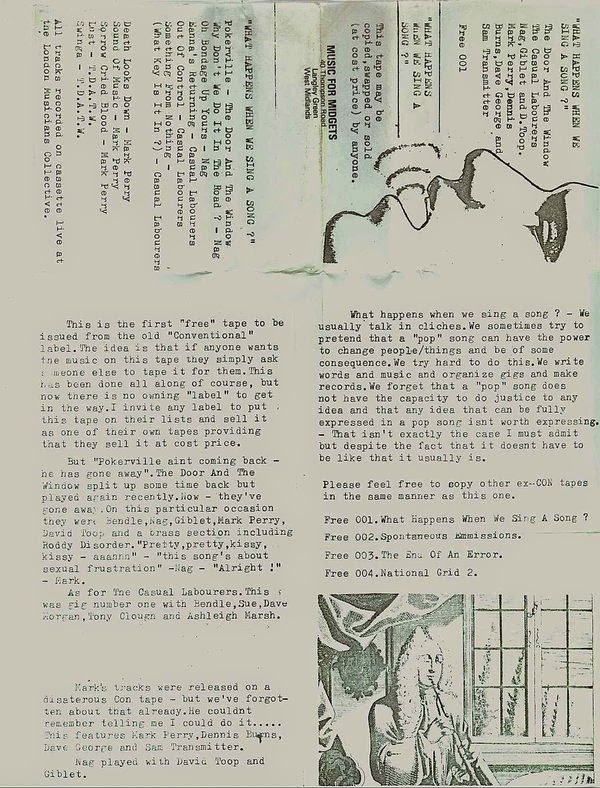 The Glitteratti ,or, the Shiteratti, of the London Musicians union take us through the paces of their roughly hewn semi-improv styles, for free,on this free cassette of live recordings of free music.


The london Musicians Union, was the UK capital's equivalent of the Manchester Musicians Collective, and The los Angeles Free Music Society.


And what an array of UK DIY prime movers we have captured on tape; The Door and the Window, David Toop, Bendle, nag,Giblet,Mark Perry, Dennis Burns,and much more; definitely not available in shops.


Worth the zero pence price of admission alone, are the two exclusive tracks from ATV's Mark Perry, which were probably improvised specially for this performance.


A sense of humour is always present with any UK DIY release, a proud national trait, and its most evident with Nag's ,unrecognisable,solo covers of “Oh Bondage! Up Yours” and “Why Don't We Do It In The Road?”. Mischievously slaying two sacred cows with one performance, The Sixties and the New Wave. Rip it up and start again, in practice.

As it says on the cover:
"This Tape may be copied,swapped,or sold(at cost price) by anyone."

Find out what happens when we download a song HERE!
Posted by Jonny Zchivago at 13:14