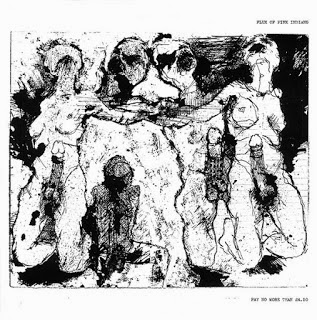 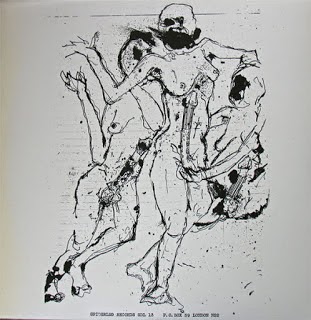 As depressingly generic and dogmatic as Anarcho-Punk was/is; One has to say that one of my favourite album titles ever sprang forth from the morass, and said LP slapped itself onto my turntable.....once. Its not too bad for anarcho-punk, a sort of noise rock collage freak out, but still containing that awful snare fill OD drumming, and ,of course, the obligatory posh bird ranting on about how her Tory relatives have screwed us over. After the month I've have, basically being treated like a Prick by some fucking cunts, I feel that this LP is a rather appropriate post. What with the government stealing from my bank account for alleged "Back Tax"(legal in France where i live/exist), causing the bank to fine me, then charge me for being overdrawn; which in turn caused my bills not to be paid; Internet and phone cut off,missed mortgage payments etc. Those fucking cunts are treating me like a prick......like they do everyday of the week, and how they treat everyone; I know I ain't no special case. This is how they control the population, with the Rothchild banking as debt system, causing us all to be Slaves chasing all that useless crap that the media dangles in  front of our eyes; and they call this aspiration? Who in their right mind would aspire to become a Slave? Drip fed this "american Dream" bullshit from birth until we actively desire to be slaves, albeit with golden chains, and a Plasma screen to absorb more "messages" from. Control his Dreams and you control the man. Anyway, having worked like a cunt, to pay the pricks all my meagre income to stop the endless stream of fines.......like a slave begging the master to stop beating him , but with stuff that don't really exist, money and legal satutes rather than a whip. We only allow this to happen because we believe the illusion.
Bitter rant over for now, all I need is for a washed out black clad anarcho punk posh bird to articulate it for me, over a back drop of crap drumming and mashed up free punk collage........bring on A Flux of Pink Indians......for the first time since 1984. It ain't 'arf bad y'know!

Always loved Flux and this title is the best one ever.

thank you very much