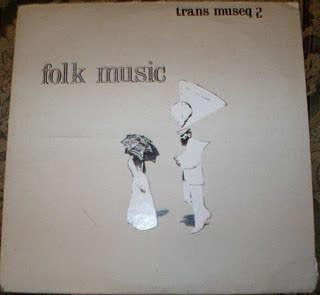 Looking for American Derek Bailey equivalents sent me desperately clutching at any vague similarity. So,after my attention was diverted to the sad fact that Davey Williams had died, I thought this must be a sign.Sooooo......here's an early vinyl appearance of said miester of the improv guitar stateside, the late Davey Williams, and friends,doing some folk music from another new and improved alter-dimension through a ragged piercing in the membrane that separates us all from all that isn't shite!
Its a kind of a cross pollination between AMM, The Spontaneous Music Ensemble, and a quieter Nihilist Spasm Band;but without the chin-stroking.Folk music it is not....yet,but the Irony is appreciated.

DOWNLOAD these folks HERE!
Posted by Jonny Zchivago at 17:09

Of course, there is no American, or any other, Derek Bailey equivalent, as he is/was/will always be sui generis. THE best. But I'll still give this a listen, I'm not THAT churlish! Thanks, Milly's Grandad.

BTW - I do understand Milly's GD - but I think we have to think here not of style but of innovation. Vastly different approaches to the instrument and vastly different histories and influences, but both shattered the living fuck out of what was deemed music.

BTW - Jonny - one thing I have omitted in my loquacious emails is that Davey also played on at least one Residents record and was never credited. Anonymity aside, I still think that was rather shitty of the big-eyed boys from Louisiana. Davey, humble as he was, never complained really, not that I'm aware of. Grumbled maybe. Farted once I believe. But...here comes the floor.

Thank you thank you thank you. I welcome any and all posts or recommendations of Mr. Williams sounds.for such an influential gent, the real meat and potatoes of his work is hard to come by.