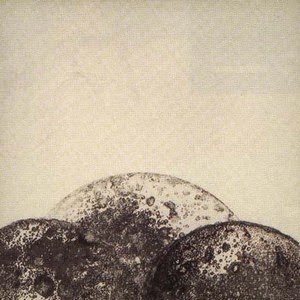 Gilbert and Lewis must have spent the whole of 1980-82 in the recording studio,narrowly avoiding a severe case of rickets due to lack of sunlight. They seemed intelligent enough to take an alternative source of vitamin D with them,and called it Vitamin Dome accordingly. If the four Dome albums from 80 to 82 were in fact vitamins, the first is B, feeding the central nervous system;Dome 2 is a fruity C,saving your teeth from sonic scurvy;and this one(3) is clearly the sunshine of the series.....Vitamin Dome, saving your Bones with their Drones. The forthcoming Dome 4,or “Will You Speak This Word”, is vitamin K, 'cus I don't know what it does, except aid the development of foetus’s. Apparently, embryo's(like what seems to be pictured on the album cover?) and upwards are supposed to enjoy a bit of Mozart? However, my unborn daughter had to endure a lot of Joy Division, Throbbing Gristle,Free Jazz and worse, to no great adverse effect. The now teenage Nancy(check out her blog), does not care for these musics, preferring Rammstein, Skrillex, and bloody Nirvana!?Proving they couldn't give two squirts of maconium what they hear through the uterine wall. It may have been different had I beamed some Dome in her gestating direction? Probably not!


Rhythms play a more prominent role in this murky party music from the padded cell next door. Even some vocal rhythmic patterns are employed,as “An-An-An-D-D-D” reminds me of Philip Glass's “Einstein on The Beach” somewhat(which,ironically,was played while Nancy was emerging from the womb!?). I can see this album as a soundtrack for the Michael Clark Dancers, or the Ballet Rambert; with the bourgeois art elitists in the arts centre audience, sneering behind stroked beards and reading glasses, at the fact that tonight’s composers used to be in a 'Punk Rock' group!
Tracklist:

Hi, sorry I did forget the Dome Label...Michael O'Shea was on that was he not? Thanks for the link,i haven't heard this one.

hey, rainier, any chance of a Michael O'Shea rip?

Any chance for a re-up of Michael O'Shea? Thx in advance.

Yeah,i'll bung it up on mediafire laters.

As promised, i give you Michael O'Shea:

Housemaid and The Fear said...

Thanks for sharing the Dome collection. I love discovering these obscurities here.