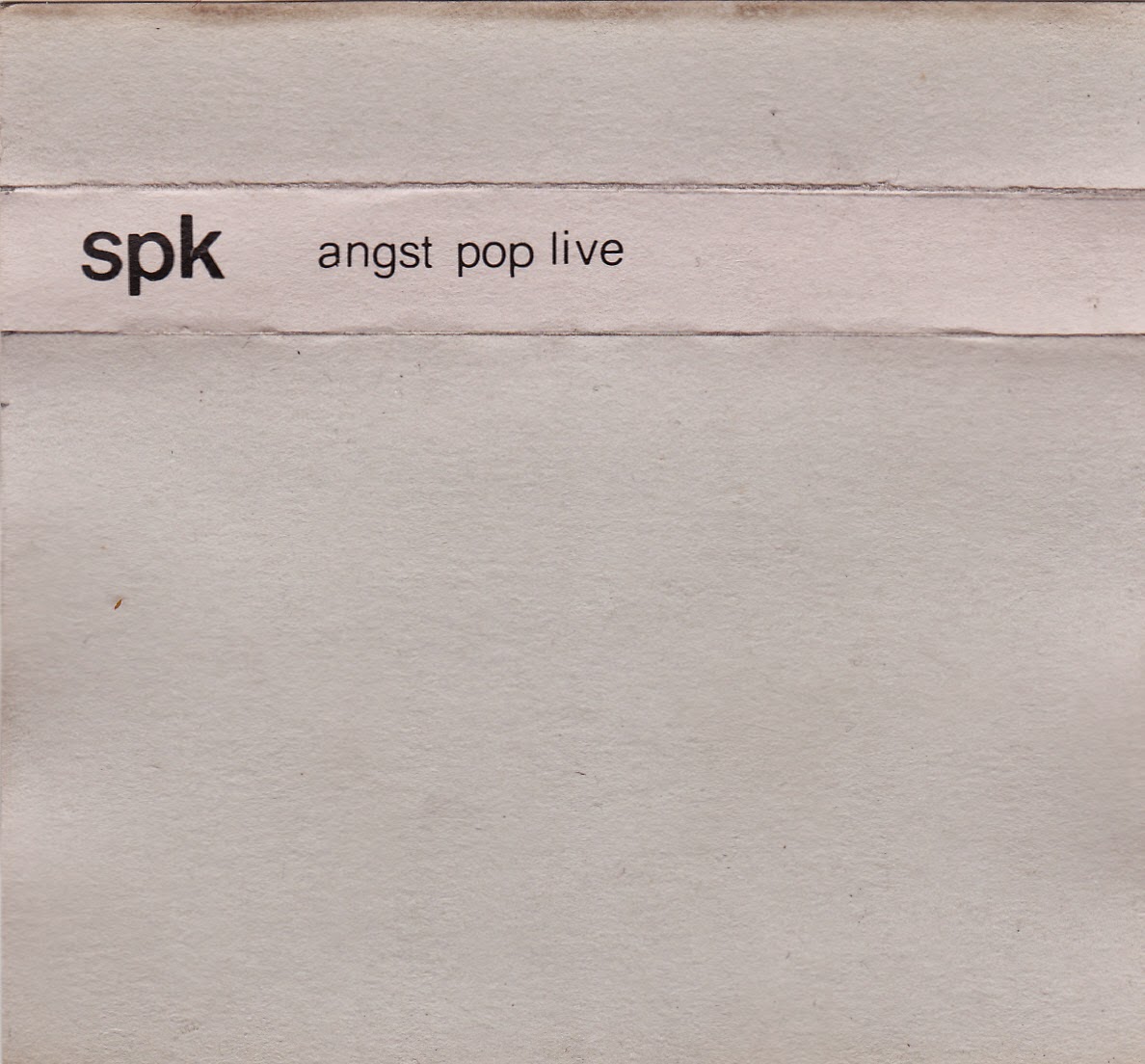 Weren’t SPK great eh? That Information Overload Unit album was a pinnacle of articulated noise,and a slew of singles and ep's of equal power backed up the promise, then.....they went Disco?! I remember being excited at the prospect of SPK appearing on tea time pop programme “the Tube” in 1984, and was horrified at the horrendous live performance of the “Metal Dance” single.....and what were they wearing? They looked like Depeche Mode, in muscle shirts and shiny black trousers, Australians doing S&M; and the way the female of the group sang “Daaarnce” in that awful south coast of England way always made me cringe! Then they released that utter shite “Machine Age Voodoo” LP, good title but, another one of those “Bluejeans and Moonbeams” moments; when yer credible artist trys to get some dollar in the back bin!!!?


This obscure Bootleg of a Bootleg recording of a live performance in Markthalle, Hamburg (Germany) from 9/11(thats the 11th sept,not the 9th of november!? Mmmmm...spooky eh?) 1983,however, is not so bad.Even the version of 'Metal Daaarnce' isn't too awful. It still has lots of those four to the floor eighties Gay Disco beats, and banks of arpeggiated synth's to drown out the metal percussion. But,this all makes it a bit more palatable to the 'public'; a noise they can 'Daaaarnce' to, instead of misunderstand. And by the sound of the crowd, there's a lot of public there to witness this softer, cuddlier,SPK, and they're German public too!The fatherland of this sweaty gay beat.


There is something to be said for the early eighties fashion to attempt to subvert 'pop'from the inside; but others achieved this 'New Pop' so much more effectively, like The Associates, and others worse, like Scritti Pollitti. So you can't blame them for trying......or can you????......er....Yes! They are only human I suppose?


A1 Will To Power

Oooooo, 'ark at her girls! She said Bitch!

All I have to say is: Deutsch-Amerikanische Freundschaft. Very gay, very danceable, and not cuddly in the slightest.

Insofar as "actual" New Pop acts go, however... yeah, Associates were probably the most interesting, at least early on. Fourth Drawer Down is a weird album, and not just by pop standards.

It isn't when compared to Information Overload Unit etc.....not to my tastes,anyway.

You're dead on about the 'original' SPK! And my reaction to 'Machine Age Voodoo' was similar. It was one of the biggest disappointments/letdowns I have known in my music listening life. At the time though I was so sure of SPK's leading role in the 'new music' scene that I listened to that album over and over, waiting for it's 'brilliance' to strike me. I finally gave up and went back to 'Auto-Da-Fe'! Looking forward to finding something redeeming in this tape.

Wise choice Brian. Although I think i only listened to it once....then i also removed the stylus after half of side two. I should give it another go I suppose...but....Nah! whats the point?
Metal Daarrrnce!

I read maturity is realizing you don't have to comment on every post. I read it in another post that I commented on before and came back to visit with. Our buddy Natihil talks to Neil Hill I guess. From the great void or something despairing like that. He'll probably say I made that up but I don't believe him. Metal Dance is their best song period. Perfect if you're having a bedazzler party with friends and dominators and you need to shake off some glitter. fyi y'all.

jonny, thank you for the future dokument posting; excellent listening awaits! your generosity is paramount!