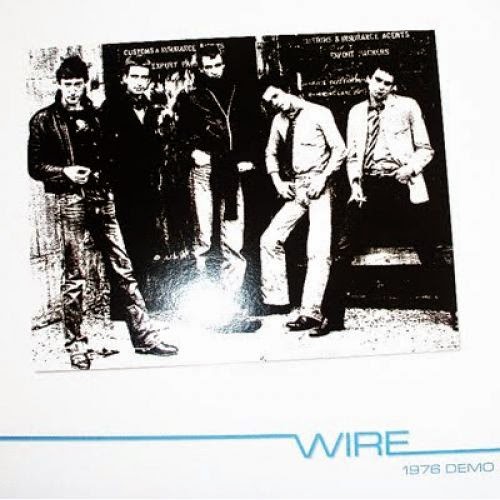 Prince Edward and Antonin Artaud were listening to some random punk rock numbers, when Edward slipped on Wire's 1976 Demo's LP.


“Who are these rowdy yobbo's making this god awful racket?” said Artaud.


“Why, that'll be Wire. One of the cornerstones of intelligent art punk ,and prolific Avant gardist musicians.” countered Edward Windsor smugly.


Then, accompanied with farting sound effects, in strutted an irate Alfred Jarry.


“ Course it's facking Wire yoo Cant! They sacked off the wanker who did the fackin' solo's, and edited 'em out of the fackin' songs! This was obviously recorded before this historic decision was effected-ahhhhh!”


A stunned silence ensued before Jarry added,pataphysically of course,


And exited stage front into the first rows of seats of an emptying theatre.


“As I am a closet Homosexual predator I will later....oh.....and by the way, did you know that Prince Harry's real father is obviously James Hewitt and absolutely NOT prince Charles?” 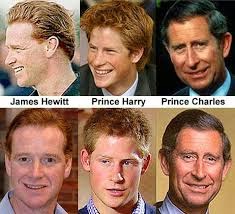 Thank you Antonin, Edward, and Alfred, for putting us straight on several facts there,especially the one about Harry Hewitt!


This artifact, reveals a very different Wire to the one we know and love from Pink Flag onwards.Just look how hard and dishevelled they look on the cover!There are some patently terrible songs here,how right they were to sack that awful lead guitarist and his sub-pub rock solo's.
In less than a year and a half's time, Wire were to progress rapidly on to Post Punk masterpiece “Chairs Missing”; such pace of change as to mirror the Beatles from “Love me Do” to “Tomorrow Never Knows”(the track that was the beginning of modern music?). In Wire's case its from “Mary is a Dyke” to “Former Airline”,which only took two years compared to The Beatles four!


This isn't the worst Demo's collection from the Punk annals at all. That pedestal goes to Joy Division's 'Warsaw Demo's',especially the track “Gutz”which is even worse than Colin Newman busting a blood vessel on the track “Bitch”. He must have been drunk!

Wire and all these famous guys are not so important for the history of underground sound (and us) as the unknown heroes of the cassette tape D.I.Y. international movement. So, please, strength your effort in these unknown (to almost everybody) HARDCORE D.I.Y. territories, especially the ones with SYNTH and COSMIC oracles and you will make us (the fans of outsider art) very very happy! We could find WIRW everywhere. But, what about Gary Schneider or Kurt Ochshorn or totally unknown basement followers of Conrad Schnitzler and Matsuo Ono or Nino Nardini and Nick Raicevic. We all must try harder. The Electronic Revelation is out there!

This is correct Philip sir.
As for Wire, and Punk Rock in general; these bands are vital starting points for motivating the DIY revolution of the late seventies. Like the very famous Conrad Schnitzler. Also I challenge you to find Wire live at the roxy anywhere else on the free web!
I'll get back to the basement when I feel like it.
But feel free to slag me off anytime you want,i won't delete you like most other blogs do,unless you're advertising,a Tory, or a Nazi.
Its all good fun.Next up some well known No Wave....cus its good and they did it themselves like Wire did.

"We all must try harder"?
"The Electronic Revelation is out there"?
Oh dear oh dear oh dear...
Personally I don´t give a sh** about "impotance", "history" and "heroes" and I think that the idea behind DIY is connected to the refusal of such thoughts.
I even find the idea that someone "totally unknown" could be important for the history of something other than because of being unknown a bit paradox:)

Indeed Michael.
I suppose one could always start ones own blog about incredibly dull cosmic noodlings if one feels cheated by other persons lack of Kurt Ochshorn cassettes? Thats right, do it yourself if you ain't getting what you want!

To be fair, the people Christos mentions may well be interesting. (Except for Conrad Schnitzler, I've never heard of any of them.) But I feel nobody should be pressured into supporting the Cause. There are too many people today trying to lay moral obligations on others.

Re the Wire demo, heard blind you'd hardly know who it was. They came on a LOT in just a year.

I've never heard of them either! But the reference to cosmic electronic rather puts me off. There's reams of this stuff out there. the kind of stuff you can make in real time by just moving your fingers randomly on a keyboard,through some effects. rather uninteresting stuff.

Hello,i thought i could add to this post by offering some demos from 77-79 that you can't find on the official EMI Compilation "Behind the Curtain".They are from the vinyl bootleg "Not About To Die" from the beginning of the 80ties.The link:http://www.mediafire.com/download/he59hoynkxwsvhd/Wire_Not+About+To+Die+%28Demos+1977-79%29.rar
Enjoy...

Just listening to a track by Kurt Ochshorn and it is certainly a bit odd. It sounds like Eno, Steely Dan and Frank Zappa one after another.