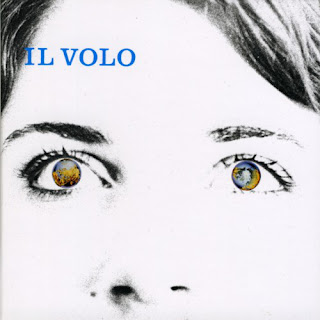 Two of Formula 3 were also in Italian Prog souper group, Il Volo (The Flight).Which consisted of Alberto Radius and Gabriele Lorenzi from Formula 3,a bloke from Flora Fauna Cemento (Mario Lavezzi), another chap from Osage Tribe (Bob Callero),one more from Dallaglio (Gianni Dall'Aglio himself!), along with a soundtrack composer ,like nearly everyone was in Italy in the seventies,Vince Tempera.
The results are a very laid back form of melodic prog verging on the 'adult-orientated' anathema,all recorded with that great mid-seventies acoustically dead ambiance.A kind of Post-Prog before the rest of the planet, except Italy, were very over it all.

DOWNLOAD il volo to your volvo's vulva(sorry) HERE!
Posted by Jonny Zchivago at 10:37

Do you know if there're live recordings or broadcast presentations of Il Volo?

Sorry, i know not of any more stuff ,except the second album. Did they ever play live? I dunno!