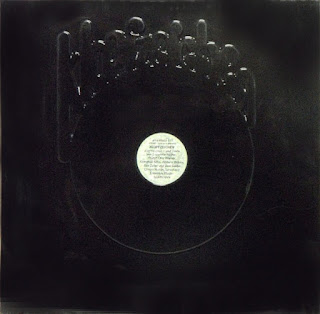 Like having your teeth extracted without aneasthetic by Irma Grese ,"The Hyena Of Auschwitz"......why do they give these creatures such ridiculous stage names, as if its some Psychopaths royal variety performance?....
Or being kicked to death by Ilsa Koch....here we go again!..."The Bitch of Buchenwald"; the Female narrator's voice sounds like an announcement at a railway station in nazi occupied Poland, Treblinka central for example. You can almost imagine the translated version saying stuff like, 'Women and children to the right, Men to the left, old and disabled report to the shower block immeadiately for delousing'.But she's probably just talking about puppy dogs for all I know.
Anyhow,I'd be running to the showers if she told me to do it, and voluntering for extra Zyklon B to inhale.....mmmmmmm luverly discipline.
Alternatively this could be the theme to one of Berlusconi's Bunga Bunga parties....both are equally horrific,and only a truly sick pervert's idea of good clean Kinky fun.

Oh, just let me have my fun will ya!?

The music has nothing to do with resettlement in the East for special treatment, or Bunga Bunga sex parties, its a verified prototype for Industrial Music, five years before Throbbing Gristle or Cabaret Voltaire 'created' the genre in the UK.

DOWNLOAD from the cattle trucks HERE!
Posted by Jonny Zchivago at 10:21

The bad german translation of this title is "knocking signs". The other kluster album is "Two-Easter Egg". i think meaning the second album, entitled "Easter Egg"

It was my understanding that the speech is religious/biblical in nature. Those two albums were bankrolled by a church, or some religious organization. What was their thinking? That the music sounded like hell? I should see if anyone out there has ever thought to provide a translation.

If Irma Grese ever extracted anyone's teeth it was surely by means of kicking them out with the steel-toed knee-high boots she always wore?

Ahh the lovely Irma...they don't make women like that anymore.....now they usually use stilletos on a friday/saturday night and can be seen kicking the shit out of each other in any UK city centre.
Kick me to death with your kind boots Frau Grese rather than face the hen partys of Gateshead.

I was wondering when you were going to get around to mentioning Berlusconi's bunga bunga parties, almost mentioned them myself in a comment but then thought, nah wait, he'll do it. Personally I would not want to witness these parties; apparently G.W. Bush's best pal had hookers of questionable vintage (probably rented from Jeffrey Epstein) perform bunga bunga upon him while they wore Barack Obama masks.

I'm sure there has to be a Schlager hit called "Bunga Bunga"? Surely!?