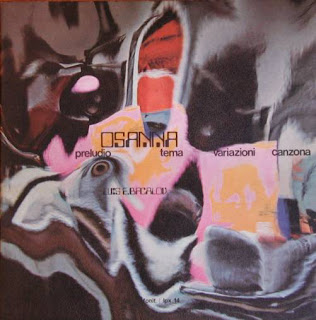 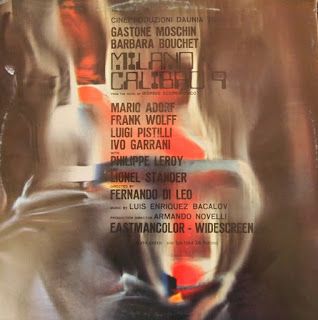 This album was a collaboration between Osanna and well-known soundtrack composer Luis Bacalov, one of three such rock meets symphonic works conceived by Bacalov. The others,of course,will follow.

This was used for the gangster film "Milano Calibro 9" ,which I haven't seen, but the soundtrack versions are allegedly different to those on the album!?...an unfortunate habit for a lot of Italian soundtracks.The same thing happened to Goblin and their soundtrack for 'Profondo Rosso'.
The bizarre world of The Italian Movie Soundtrack contains many varied beasts,among the most popular has to be an Ennio Morricone western and the funky but weird planet of Italian Porno.
We can now add Osanna's collaborative prog rock meisterwerk to that illustrious list, 'cus its rockingly innovative and...er....molto progressivo italiano.
It seems that Osanna were not conducive for the obligatory lovemaking scene in the film as the lovely young lady puts on a record by Italian prog/soundtrack rivals, New Trolls instead!?