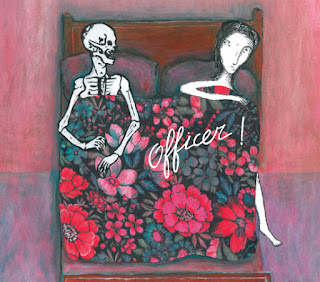 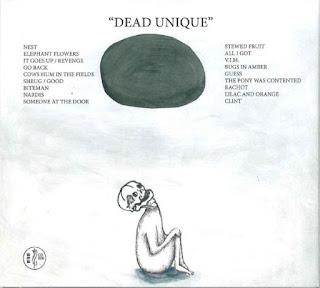 Mick Hobbs with friends and acquaintances, subverting the medium of the 'Pop Song' in Baltimore, in 1995, and belatedly released twenty years later.
One must say, this is actually the best 'Officer!' album,and is strewn with minor celebs from the avant-rock hinterland; like most of The Work, Jad Fair, and Amy Denio ,among others who I ain't necessarily heard of. In fact all of the fabulous 'Strobe Talbot' appear on this,and will, coincidentally, be featured next, as fate may have it!?

DOWNLOAD and be dead unique HERE!
Posted by Jonny Zchivago at 23:23

Love this record...and Strobe Talbot. Was in a band for awhile with a guy who worked on the 20 songs record - Dream Smith was his name...he committed suicide, so wasn't involved with this project. Here is some of his stuff...fits your DIY ethic nicely.

Thanks! Even more "acquaintances" than I had thought on this one, though I have no idea how Amy Denio ended up on this. She played with Faust in Seattle in '94, along with Lee Ranaldo and Michael Morley--possibly one of the best shows I've ever seen. Funnily, I had almost missed that show--I had planned to go see Richard Sinclair (with Caravan of Dreams, or something like that), but found out about Faust at the last minute.

"Blackest Ever Black's marked its fifth anniversary in 2015 with events at the ICA in London and Berghain in Berlin. The former featured an unforgettable performance from Mick Hobbs' Officer!, the shapeshifting group's first in twenty-odd years. For this show Hobbs was joined by longtime collaborators Mary Currie of Flaming Tunes (voice, shruti, theremin, glock) and Joey Stack (keyboards, voice), with Tilly Bean on bass, Ed Bernez on drums and Lydia Fischer contributing flute, trumpet and baritone horn."