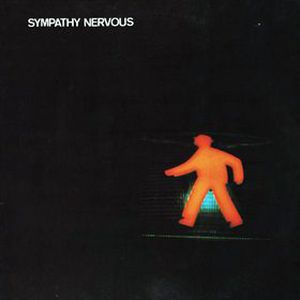 Surprisingly thin on the ground,even more so that in the USA, is decent Japanese Minimal Synth music from the cusp o'the eighties. There was plenty of plinky plonk synth pop like The Plastics,or awful high budget blandness like Yellow Magic Orchestra,but nothing to compare with the devastating Noise rock which that densely populated island produces en masse.
One shining exception was/is Sympathy Nervous, aka Yoshifumi Niinuma, who gleaned his inspiration from the German electronic underground of the so-called Krautrock era. A more tasteful Resurrection of the axis alliance to produce something of benefit to mankind with some timeless proto-techno of the highest order.

DOWNLOAD sympathetically or nervously HERE!
Posted by Jonny Zchivago at 10:57

"Awful high budget blandness?" How dare you, sir! YMO are just as influential as Kraftwerk, and within Japan had more impact than the Beatles.

Anyway, thanks for the continual uploads, always discovering something new.

Sorry Ted, i just don't get YMO.....maybe within Japan I understand. Anyway i got lots more from Japan coming up.

Try checking out Harry Hosono's work, he's the man behind it. Hosono is an interesting figure. He was in a folk-rock band called Happy End, then went solo, got into Martin Denny-ish exotica, then into electronics circa 1978, then grabbed a drummer from a prog rock band, along with a piano protege, and hired a tech-head and began YMO and essentially created the first electro-pop band.

Hosono is also behind of ton of electronic 80s music (producing, exec. producing) and he's made glitch music as Audio Sponge.

Do you know if Japan had a cassette scene like the UK?

Ok will do.
Yes Japan had a cassette scene, not quite like the UK one, but more akin to the US cassette culture of the mid eighties. Merzbow and the like emerged from it,along side other experimentlists like Yximaloo and mail artists like Seiei Jack. there are a few cassettes already on here,just click the Japan tag in the margins.