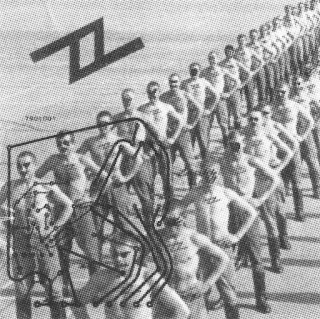 Every country had their Residents clones; Renaldo and the Loaf in the UK, DDAA in France, Julio Iglesias in Spain, and 'Der Plan' in the Federal Republic of Germany.
Except, this debut EP from 1979 is like proper unhinged experimental rock rather than our favourite minmal avant-gardists from Louisiana.
Robert Gorl from DAF was in the line-up for this recording, I assume on Drums? Soon to leave for more successful areas  with DAF chum Gabi Delgado.
Der Plan would soon buy more synthesisers,start wearing silly costumes, and prance around the stage getting 'weird', becoming West Germany's Resident Residents Clones.

DOWNLOAD is der plan HERE!
Posted by Jonny Zchivago at 22:52

Never mind the hahahaha, but Julio Iglesis and Great One in one sentence, Twice! what's happening in this world.
I can give you an almost alphabetical list of The Biggyest Abba,Beegees,Carpenters,dire straits,eagles,fleetwood mac,guns n roses, Houston Witney, Iglesias Julio and so on

tHANKS aNON, an almost flawless list of the Avant Garde in pop.....unless these people actually meant to sound like that, then I'd be worried....unless you're being post-ironic in your statement, then I apologise......maybe Dire Straits should have been mentioned twice actually, they are way 'out there'.

Now I do not know how far to go in double-treble-quadruple bluff, somehow you nailed me and I am worried you might apologize. Dire Straits is not mentioned twice, after Iglesias julio, the list goes on with julioe iglesias and knopfler mark